Zoom in on Shaanxi: Long History

Boasting a long history and brilliant culture, Shaanxi has played an extremely important role in the long history of Chinese civilization. Around 5,000 years ago, China's cultural ancestor, the Yellow Emperor, created the Chinese civilization. About 2,500 years ago, philosopher Lao Zi taught Tao Te Ching here, marking the summit of China's ancient philosophy. Zhang Qian, starting from ancient Chang'an to visit the western regions in the Western Han Dynasty, opened up the world-famous Silk Road which has linked Asia with Europe for over 2,100 years. Altogether 14 dynasties, including the Zhou, the Qin, the Han, and the Tang, established their capitals in Shaanxi. It is also home to the Terracotta Warriors and Horses, known as the World's Eighth Wonder, the Famen Temple in Baoji, the Giant Wild Goose Pagoda in Xi'an and the world's best-preserved Ancient City Wall of the Ming Dynasty in Xi'an which catches worldwide attention.

The cradle of the Chinese civilization 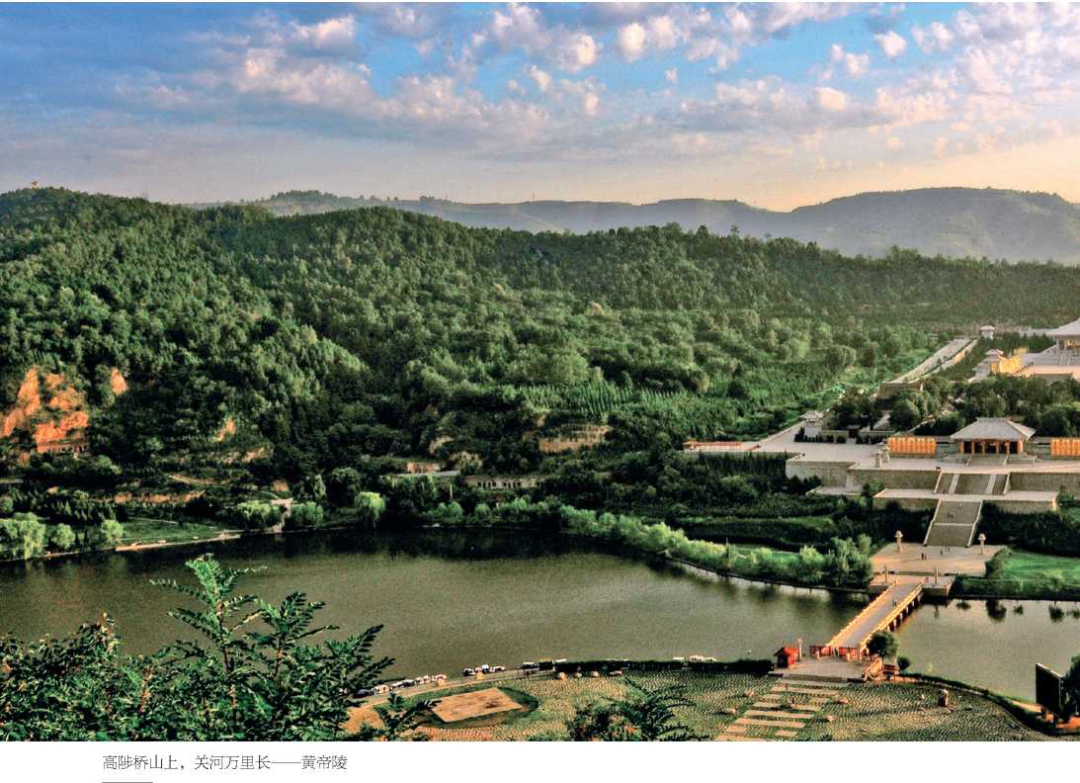 As early as 1.15 million years ago in what is now Lantian County, Shaanxi, the earliest form of hominid to have been discovered in Shaanxi. These are also the earliest specimen of Homo erectus in northern Asia. Over 6,000 years ago, at the bank of Chanhe River in what is now the eastern outskirts of Xi'an, the Banpo ancestors settled down to live a primitive life characterized by slash and burn farming methods.

Why this place was called Shaanxi

Succeeding the Xia and Shang dynasties, the Zhou Dynasty was another unified dynasty in Chinese history. The Etiquette and Music civilization of Zhou had an influence over Chinese culture for thousands of years. Shaanyuan (in today's Shaanxian County, Henan Province) was the border of the fiefs of Zhou Gong and Zhao Gong, the brother, and minister of Emperor Wuwang of the Zhou Dynasty, respectively. The area east of Shaanyuan was governed by Zhao Gong, and the west by Zhou Gong. So, the west (Xi) of Shaanyuan was called Shaanxi by later generations. 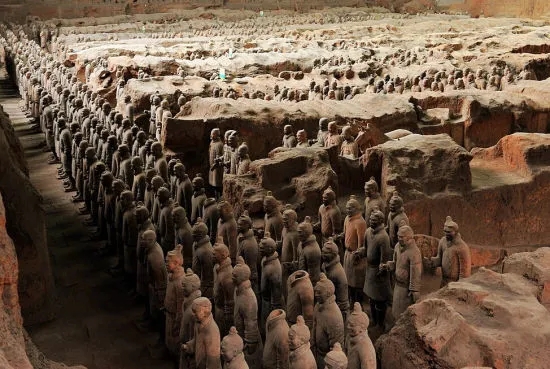 In the Spring and Autumn Period and the Warring States Period, Shaanxi was under the jurisdiction of the Qin State, and thus called Qin. In 221 BC, the Qin Dynasty, the first unified feudal dynasty with a centralized political system in the history of China, was established with Xianyang as its capital.

A peak in the history 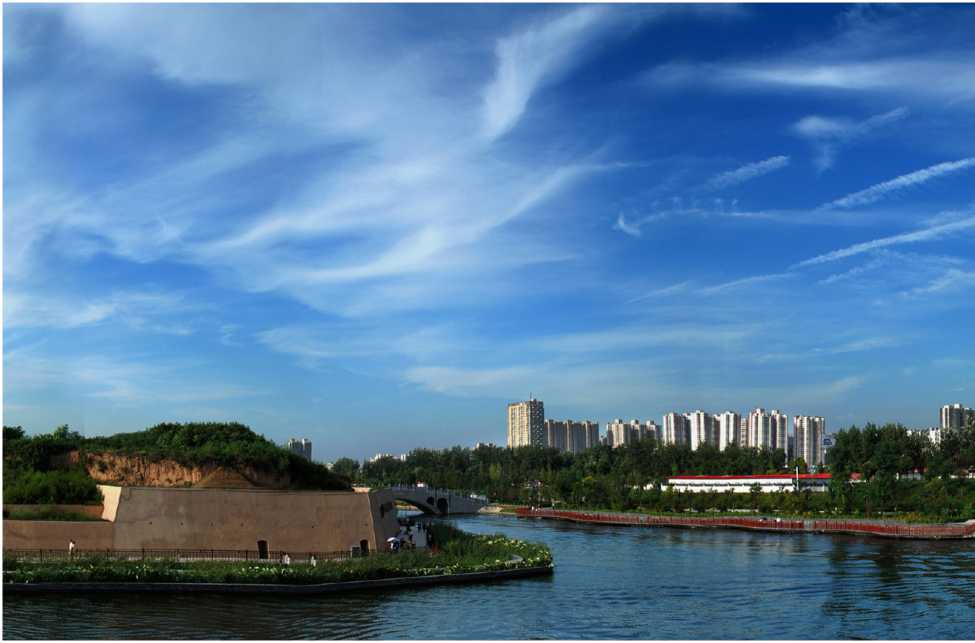 Weiyang Palace of the Han Dynasty

The biggest city in the world then

Established in 202 BC, the Western Han Dynasty represents a peak in the development of Chinese history. It witnessed the integrated development of society, the economy, and culture, as well as the birth of comprehensive national strength. The capital Chang'an was enlarged to become four times the size of Rome in the West, thus enabling it to become the largest city in the world then.

The starting point of the Silk Road 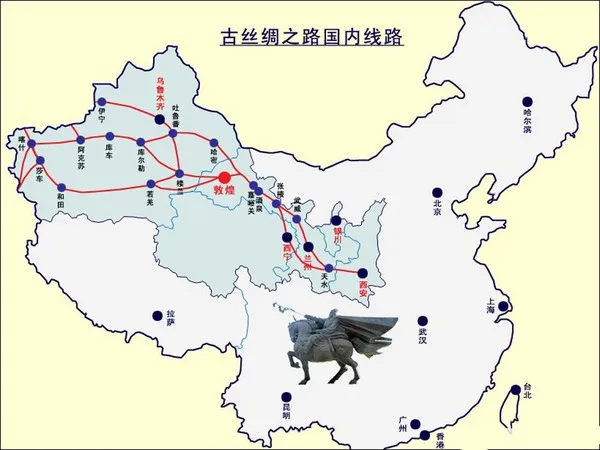 In 140 BC （the first year of the Jianyuan Period under the reign of Emperor Wudi of the Han Dynasty）, Zhang Qian, born in today's Chenggu, Shaanxi, traveled to visit the Western Regions and opened up the world-famous Silk Road which has linked Asia with Europe for over 2,100 years and promoted friendly exchanges between China and countries in Asia, Europe, and Africa. Zhang Qian is honored as the first envoy in Chinese civilization and a talented diplomat. Consequently, the Silk Road in the Han and Tang dynasties started in Shaanxi.

Past glory in the Tang dynasty 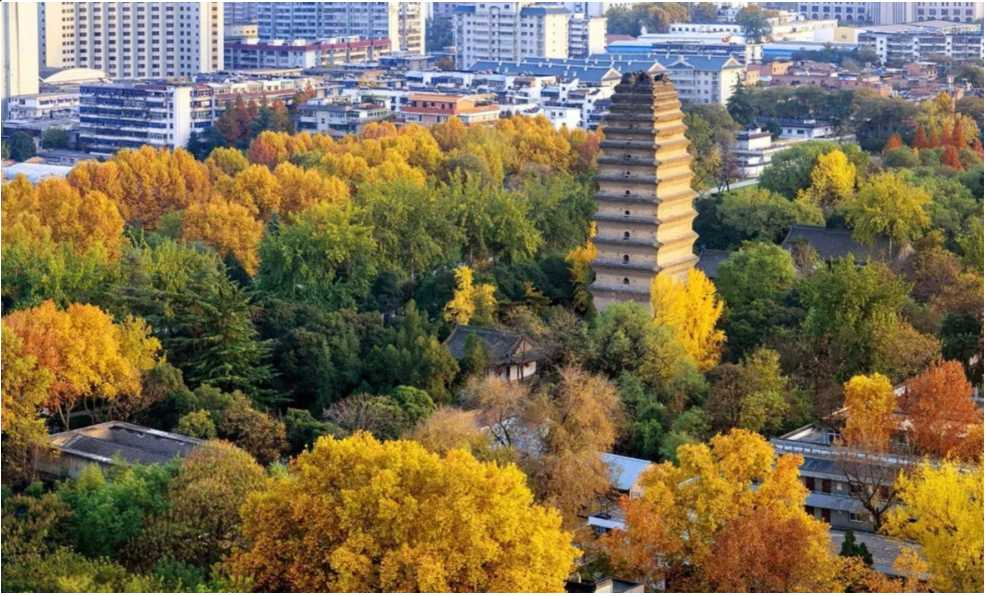 Founded in 618, the Tang Empire was the most powerful among China's historical dynasties. Chang'an, the capital of Tang which measured 35.5km in circumference and was inhabited by 1 million people, was not only the political, economic and cultural center of China but also a famous international metropolis.

After the Tang Dynasty, the center of government moved eastward. Shaanxi was no longer the political and economic center of China. However, owing to its superior natural and cultural conditions, rich resources, well-developed transportation, and solid natural defenses on all sides, Shaanxi still occupied an important position in politics, economy and military of China. From the Five Dynasties to the Song, Yuan, Ming and Qing, and through to modern times, Shaanxi has been considered as a crucial area within the western part of China.

Mount Huashan reopens to the public 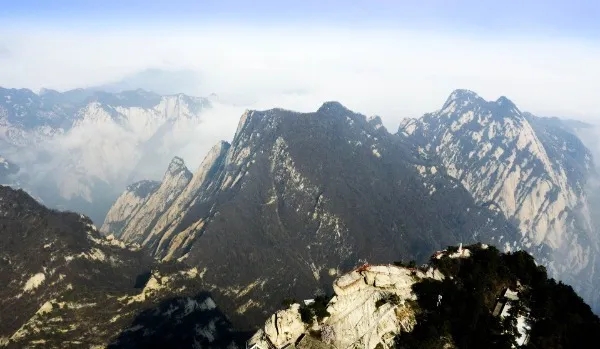 The Mount Huashan scenic area, which was closed on Jan 24 due to the COVID-19 epidemic, reopened Saturday, said its management administration. To enhance COVID-19 prevention and control efforts, the scenic area will offer an online ticket booking service for tourists and impose a daily maximum capacity of 6,000 visitors.