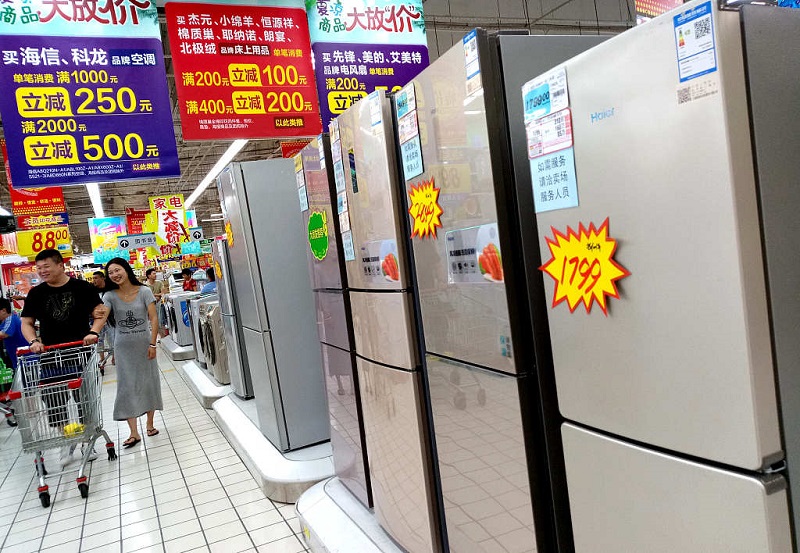 The increase was down from 1.9 percent for December.

Food prices climbed 1.9 percent year on year last month, down 0.6 percentage points from December, according to the NBS.

Non-food prices gained 1.7 percent, the same growth as that in December.

The CPI in urban areas increased 1.8 percent, while that in the countryside ticked up by 1.7 percent.

On a month-on-month basis, the CPI went up 0.5 percent in January, the NBS said.

Meanwhile, China's producer price index (PPI), which measures costs for goods at the factory gate, edged up 0.1 percent year on year in January.

It was down from a growth of 0.9 percent recorded in December.

The prices of means of production entered the negative zone, edging down 0.1 percent year on year last month, according to the NBS.

Of major industrial sectors, the PPI in oil and natural gas exploration dipped 5 percent, compared with an increase in December.

The PPI for non-ferrous metal smelting and rolling declined 3.5 percent, a sharper decrease than the 2.3-percent fall recorded in December.

On a month-on-month basis, the country's PPI slipped 0.6 percent in January, a milder decline than the 1-percent drop recorded in December, according to the NBS.

Friday's data also showed a 1.7-percent year-on-year rise in the country's consumer price index, a main gauge of inflation, in January,  down from a 1.9-percent increase for December.