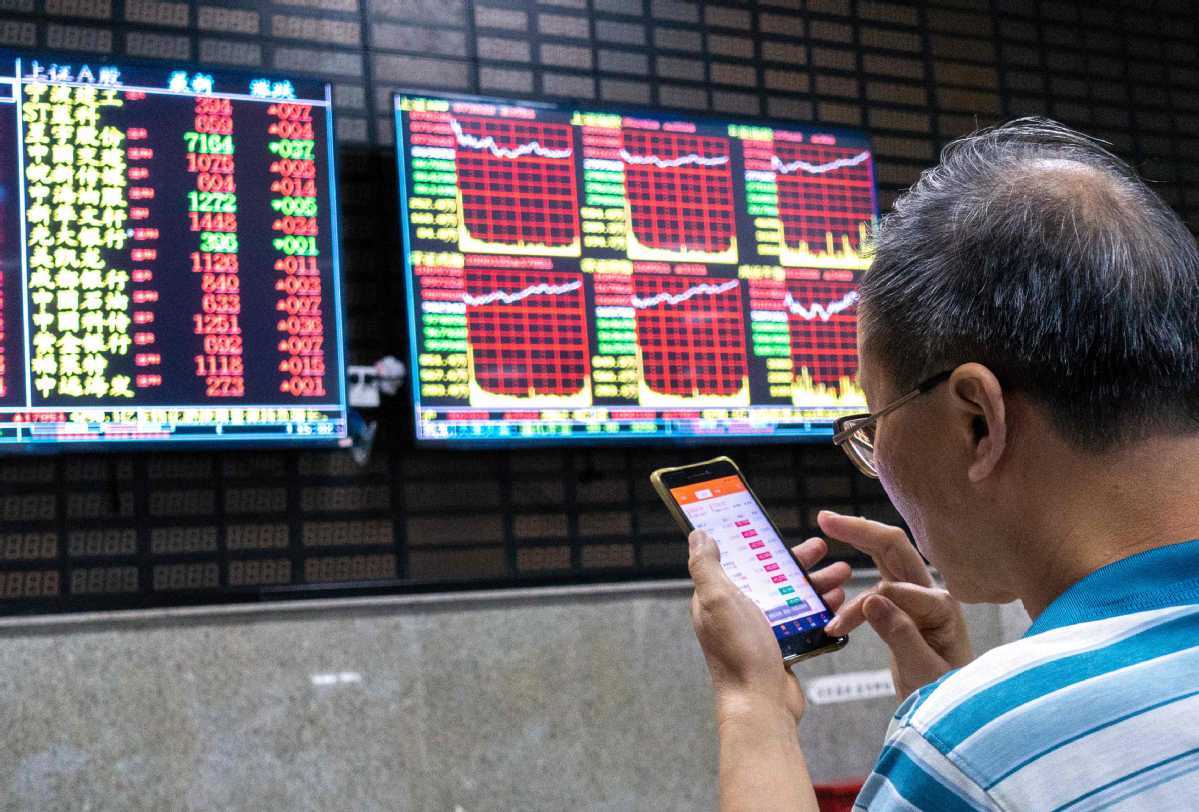 An investor monitors stock prices on his phone at a stock brokerage in Shanghai. (Photo: China Daily)

The recent fluctuations in the A-share market, mainly due to the less-than-stellar third-quarter results of large-cap companies, will not last long as the country's robust economic recovery will continue to buoy investment prospects, said experts.

The benchmark Shanghai Composite Index rose by 0.1 percent on Tuesday to close at 3254.32 points, while the Shenzhen Component Index moved up by 0.59 percent to 13269.65 points.

However, collective trading volume at the Shanghai and Shenzhen bourses contracted by 0.38 percent to 631.2 billion yuan ($93.9 billion) on Tuesday. The northbound investment－the trading volume from overseas investors using the stock connect program between Shanghai, Shenzhen and Hong Kong－saw net outflows of about 4.63 billion yuan.

The underwhelming performance of large-cap companies seems to have halted the bull rally on the A-share market for the time being, said industry experts. Share prices of China's top alcohol brand Kweichow Moutai dropped by 1.1 percent to 1,625 yuan per share on Tuesday. The baijiu maker's latest fiscal report showed that it posted slower-than-expected growth in quarterly profit during the third quarter of this year. Joyoung Co Ltd, a leading Chinese home appliance maker, saw its share prices fall by 10 percent on Tuesday, after reporting lackluster third quarter results.

Yan Xiang, chief strategist at Guosen said that the recent price slump of certain industry leaders is mainly because their performances have not been to the market expectations. As companies have started releasing their third quarter fiscal results, investors tend to be more cautious to avoid any uncertainties, he said.

Companies in the pharmaceutical, electronics and computer industries saw the maximum price slumps. This was mainly because their prices were already at record high positions. Management teams of some overvalued companies also sold their shares when share prices approached the peak position, which led to negative sentiment among investors, said Yan.

"Compared to the first half of this year when liquidity was adequate, economic recovery has become the new theme of the market. Therefore, undervalued companies and cyclical sectors may provide the maximum opportunities," he said.

Yang Delong, executive general manager of Shenzhen-based First Seafront Fund, attributed the trend to a change in investment style toward the end of the year. Undervalued sectors such as banks, real estate companies and insurers have shown signs of a rebound recently. The decline of some overvalued market leaders is rational, as investors have sold some of them to book profits, he said.

But the recent decline for large caps is just temporary. In the long run, the large-cap market leaders still promise much room for growth, according to Yang. The decline on the other hand has provided opportunities for investors.