'Cherry hype' a sign of vigorous demand among Chinese consumers

"A 26-year-old earns 15,000 yuan ($2,227) a month but can't afford cherries," said an article complaining about the costly fruit that has gone viral on Chinese social media. 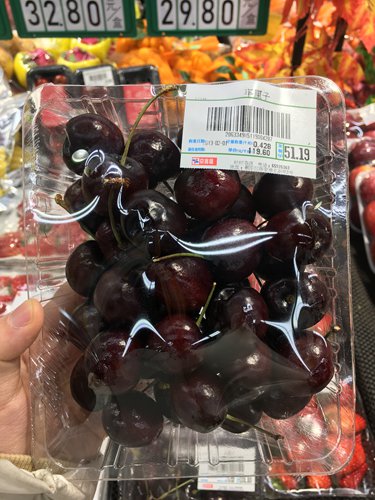 A box of cherries is sold at almost 120 yuan ($17.81) per kilogram at a Jingkelong Supermarket in Beijing on Friday. (Photo: Zhang Dan/Global Times)

A blogger called Xingyanshuo mentioned the different stages of financial freedom of Chinese internet users last year, classifying the economic status of female consumers based on what they could afford to buy. Cherries were on that list.

Listed at the bottom of the ranking is being able to buy latiao, a spicy soy snack, which costs about 2 yuan per bag, without any hesitation. Other items in order are bubble tea, website memberships, take-out food, Starbucks coffee, cherries, paid online games and lipstick.

As the Spring Festival is approaching, many Chinese are buying lots of goodies like fruit, but many can't afford cherries.

Tagged at almost 120 yuan per kilogram, boxes of cherries are seen as high-end fruit in terms of price compared with other seasonal fruits, according to a Global Times reporter's observation at a Jingkelong Supermarket in Beijing on Friday.

"Almost all the boxes of cherries are sold out every day," a worker at the supermarket surnamed Liu told the Global Times. "Even though cherries are very expensive, many people still buy them as gifts for relatives and friends during the Chinese New Year."

The price of cherries rose 30 percent year-on-year in Hefei, East China's Anhui Province, the Anhui Business Daily reported in January. Even so, inspired by hype on Chinese social media and the festive season, many people have posted online videos of the cherries they bought.

"It proves that Chinese consumption is upgrading," said Dong Dengxin, director of the Finance and Securities Institute at Wuhan University of Science and Technology.