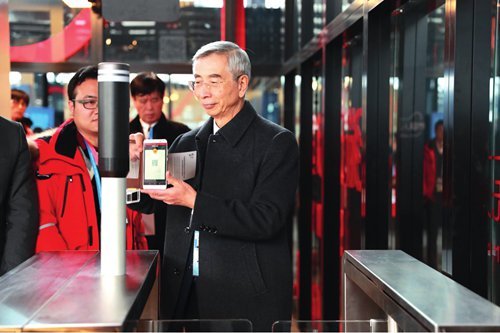 On the day the Chinese people commemorated Chinese People's Volunteers (CPV) army's entry into the Democratic People's Republic of Korea (DPRK) in the War to Resist US Aggression and Aid Korea (1950-53), a group of high-tech engineers gathered in the country's most ancient academy in Central China's Hunan Province, vowing to prepare for a new war: US-initiated cold war in high technology.

Ni Guangnan, an academician from the Chinese Academy of Engineering who has also advised the top authority on building "China's system" in confronting cutthroat competition launched by the US, showed confidence in emerging homegrown software and hardware, which could completely replace American technologies in extreme situations.

"Even if the US seeks further decoupling from China in the high-tech sector, with the development of 'China's system' and chipset with lower performance out of US export controls… our IT infrastructure will remain intact [amid the US crackdown]," Ni told the Global Times on Friday at Yuelu Academy in Changsha, capital city of Hunan.

Initiated by Ni, "China's system" aims to replace US technologies in core areas including the key IT infrastructure, in which the US-led IOE system, an acronym for an IT network based on major three supplies -- IBM, Intel and Oracle — have the monopoly. With self-developed servers, database and storage, the system could be based on chipsets with lower performance with no need for 14-narometer (nm) or 7-narometer chip fabrication -- prime targets of the US-led crackdown, the academician said.

"It may take longer to build an ecosystem for our self-developed system. China has entered a stage that we can use our own, controllable technologies to replace foreign ones," Ni said.

The year-long US crackdown on Chinese tech giant Huawei has become a "wake-up" call for the industry on the importance of self-sufficient technologies, while the latest ban on the country's top chipmaker Semiconductor Manufacturing International Co. (SMIC), which has been advancing chip manufacturing processes such as 14-nanometer chips, was seen as a move to strangle China's advanced chipset manufacturing.

Those moves also made a larger scale of the deployment of "China's system" a much more urgent task, industry representatives said.

Since September 15, the US sanctions have cut Huawei off from some key suppliers of chipsets, posing a life-or-death threat to the company's smartphone business that still heavily relies on US components. Contrary to bearish views on the survival of the Chinese tech giant, Ni said by congregating hundreds and thousands of homemade chipsets to enhance their performance, "China's system" can help tackle the difficulties following the US ban.

The system has been running for some years in some key IT infrastructures, which affect the country's fundamental interests, people's livelihood, core industries such as energy, military and finance. "In some IT infrastructures used in administrative management, banking and telecommunication, we use self-developed chipsets and software," Ni said.

Government-related office computing system, telecommunications, military, aviation, aerospace and energy are considered key sectors to replace IT infrastructures built on foreign technologies, mainly American ones, with self-developed technologies. In recent years, the campaign of de-Americanization has been accelerating, considering the hegemony and bullying tactics of the Trump administration toward China on multiple fronts, including high-tech.

Some industry representatives also forecast that in some extreme situations, for example, the full-fledged decoupling, China would no longer need to buy American technologies such as chipsets and database software in three to five years, thanks to "China's system."