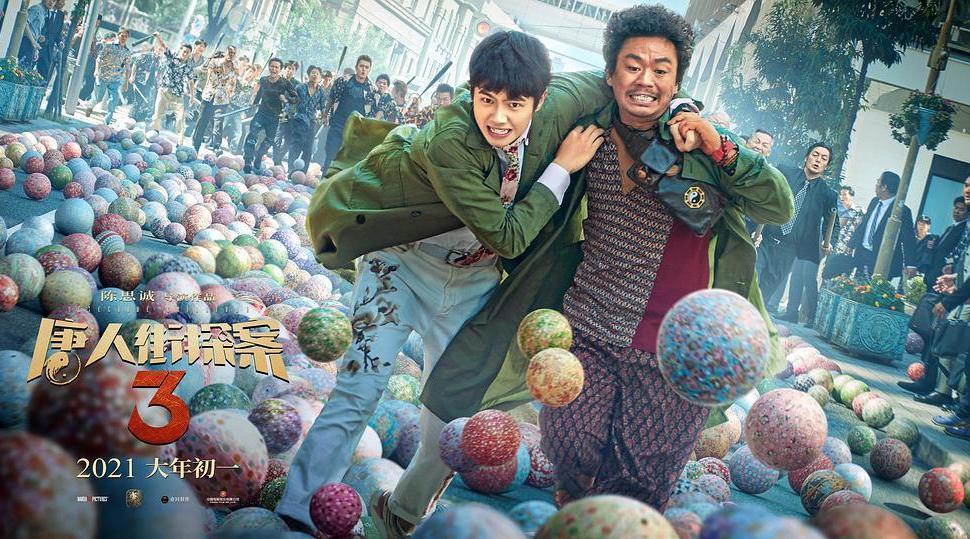 The latest installment in Wanda Pictures' well-received "Detective Chinatown" comedy film franchise, joining six other domestic titles for releasing on Friday, accounted for about 60 percent of the market's total earnings for the day, according to data from the China Movie Data Information Network.

Coming in second on Friday's daily box office chart was "Hi, Mom," which grossed about 288 million yuan and contributed 17 percent to the total takings.

Fantasy thriller "A Writer's Odyssey" ranked third, generating a revenue of about 136 million yuan, or 8 percent of the market's daily total.

It was followed by "The Yinyang Master" and "Boonie Bears: The Wild Life," which pocketed 80 million yuan and 72 million yuan respectively.

As the first such moviegoing period following the COVID-19 outbreak, the holiday is of great importance to China's film industry and will be seen as a further mark of recovery in the box office market, one of the world's largest.