Toyota has emerged as a clear winner from the 'dieselgate' scandal (Photo: AFP)

An auto industry turning away from diesel and European drivers increasingly favouring hybrid cars: add it up and the result is clear -- advantage Toyota.

The Japanese company is the world's third largest car manufacturer but it has always struggled to match that impact in Europe.

But the "dieselgate" emissions cheating scandal that blew up at Volkswagen in 2015, heavily discrediting diesel technology, has created a new opening for Toyota, which was the first car maker to market hybrid engines two decades ago.

"If there is one manufacturer that has taken advantage of 'dieselgate' it is Toyota," said Ferdinand Dudenhoeffer, director of the Germany-based Centre for Automotive Research.

Experts have noted that while major European manufacturers spent years betting the house on diesel as their environmentally friendly alternative, Toyota was making itself the industry leader in hybrids, which are powered by a combination of gasoline and electric generators.

Other manufacturers, notably Suzuki and Kia, have long-standing commitments to hybrid, but "Toyota was the first and focused all its efforts on developing and positioning the technology as a good alternative" to diesel, said Felipe Munoz, an expert at London-based auto industry analysts Jato Dynamics.

"Since last summer, we have seen people in dealerships who we'd never seen before and who always drove diesel," said Toyota's spokesman in France, Sebastien Grellier. 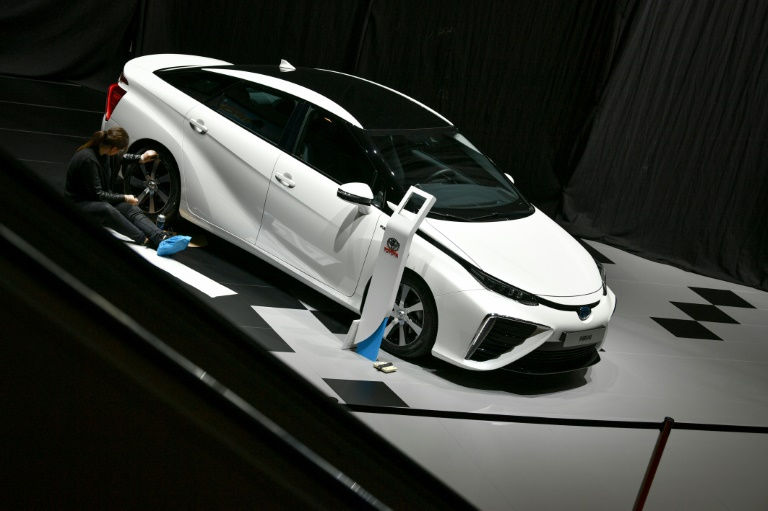 Four out of every 10 Toyotas registered in Europe are hybrids, a number that rises to six out of 10 for France.

A particular success has been the compact SUV -- the Toyota C-HR -- introduced at the end of 2016. Toyota says that 90 percent of the vehicle's sales are hybrids.

Meanwhile, as awareness grows about diesel engines spewing out nitrogen oxide and harmful particulates, diesel sales in Europe are plummeting.

The market's future has been further imperilled by plans in major cities such as Paris to ban diesel, while pro-diesel legislation across the continent is rapidly being scrapped.

Last year, nearly 15 percent of Toyota's sales in Europe were from diesel vehicles, down from 30 percent in 2012.

On the eve of this week's Geneva Motor Show, Europe's first major car show of the year, Toyota said it will stop selling diesel cars in Europe, beginning the phase-out this year.

Having that focus ahead of the competition may have given Toyota an edge, but experts warn that maintaining the advantage is far from assured.

Dudenhoeffer believes Toyota "is benefitting today because of its successes of the past", not because it remains a leader in innovation.

He highlighted the "48-volt light hybrid" engine that some experts say will grow in popularity by improving performance while still allowing makers to meet emissions standards.

Renault and Volkswagen are already using the new technology, but Toyota is not.

Longer term, experts believe the hybrid market will also continue to weaken, with 100-percent electric cars ultimately taking the lead over the next decade.

Toyota is trailing its main rivals Nissan and Renault in 100-percent electric cars but has vowed to catch up through sustained investments in the emerging technology.