China will step up its supervision on the rare-earth sector, as it vows to impose severe penalties on those illegally mine, produce or export rare-earth materials and fully realize the "strategic support" from rare-earth materials, according to a new guideline released on Sunday. 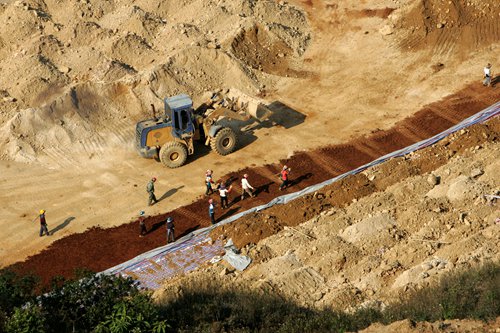 The guideline, which was jointly released by the Ministry of Industry and Information Technology and 11 other government agencies, aims to bring order to the country's rare-earth sector, the world's largest in terms of production, as well as a frequent target of foreign criticism.

In terms of exports, authorities will strictly follow the procedures and "check every batch of rare earth exports," the guideline said, adding that special attention will also be paid to illegal companies. There will be production shutdowns if companies are found to violate export rules.

However, the move is about cracking down on rare-earth smuggling rather than controlling exports, said Chen Zhanheng, vice secretary-general of the Association of China Rare Earth Industry, told the Global Times on Sunday. "China is currently not putting a cap on rare-earth exports."

As the world's largest rare-earth supplier, China has been criticized for restricting exports of these materials. However, since a 2014 lawsuit at the WTO, which ordered China to cancel its rare-earth export controls, Chinese officials have maintained that they do not control exports.

The production of rare earths in China is estimated have rebounded to the levels reached before 2017, said Chen.