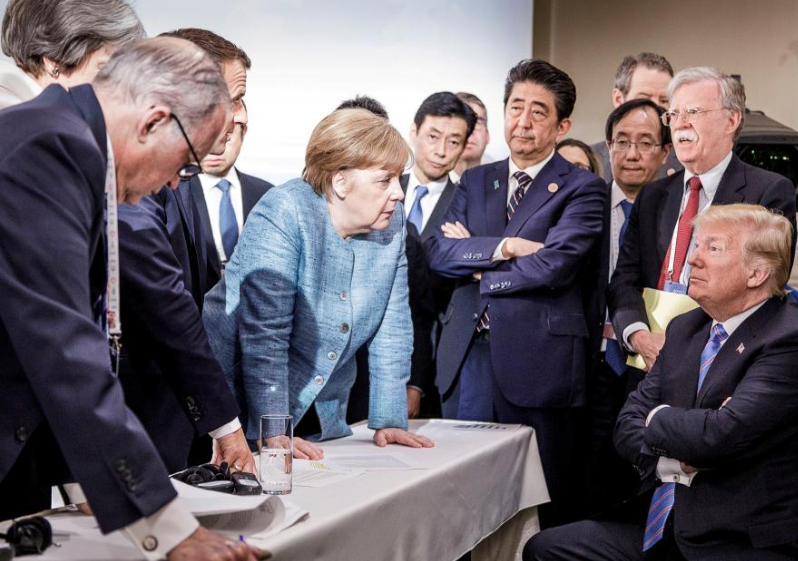 US President Donald Trump fired off a volley of tweets on Monday venting anger on NATO allies, the European Union and Canadian Prime Minister Justin Trudeau in the wake of a divisive G7 meeting over the weekend.

The escalating clash over trade between Washington and some of its closest global partners cast a cloud over Trump’s efforts to make history in nuclear talks in Singapore on Tuesday with Kim Jong Un of North Korea, one of America’s bitterest foes.

Having left the Group of Seven summit in Canada early, Trump’s announcement that he was backing out of the joint communique torpedoed what appeared to be a fragile consensus on the trade dispute between Washington and its top allies.

“Fair trade is now to be called fool trade if it is not reciprocal,” said Trump, who flew from Canada to Singapore on Sunday to prepare for the first-ever summit between a US and North Korean leader.

“Sorry, we cannot let our friends, or enemies, take advantage of us on trade anymore. We must put the American worker first!”

The communique, which had appeared to have papered over the cracks that surfaced so uncharacteristically at the G7, said the leaders of the United States, Canada, Britain, France, Italy, Germany and Japan were agreed on the need for “free, fair, and mutually beneficial trade” and the importance of fighting protectionism.

“We strive to reduce tariff barriers, non-tariff barriers and subsidies,” the statement said, which came despite Washington appearing intent on taking more punitive steps on trade.

Trump’s extraordinary outburst on Monday against NATO allies, the European Union and Canada appeared aimed at striking a chord with voters who support his “America First” agenda.

At the same time, however, it put Trump in the position of going into a crucial summit at odds with countries he needs on his side to pressure North Korea to move toward dismantling a nuclear arsenal that threatens the United States.

“Not fair to the people of America! $800 billion trade deficit,” he said. “Why should I, as president of the United State, allow countries to continue to make massive trade surpluses, as they have for decades, while our farmers, workers & taxpayers have such a big and unfair price to pay?”

It was left to Trump’s aides to figure out how to explain Trump’s airing of grievances against trading partners instead of focusing on his coming talks with Kim, which the president’s supporters hope will provide him with a major foreign policy win.