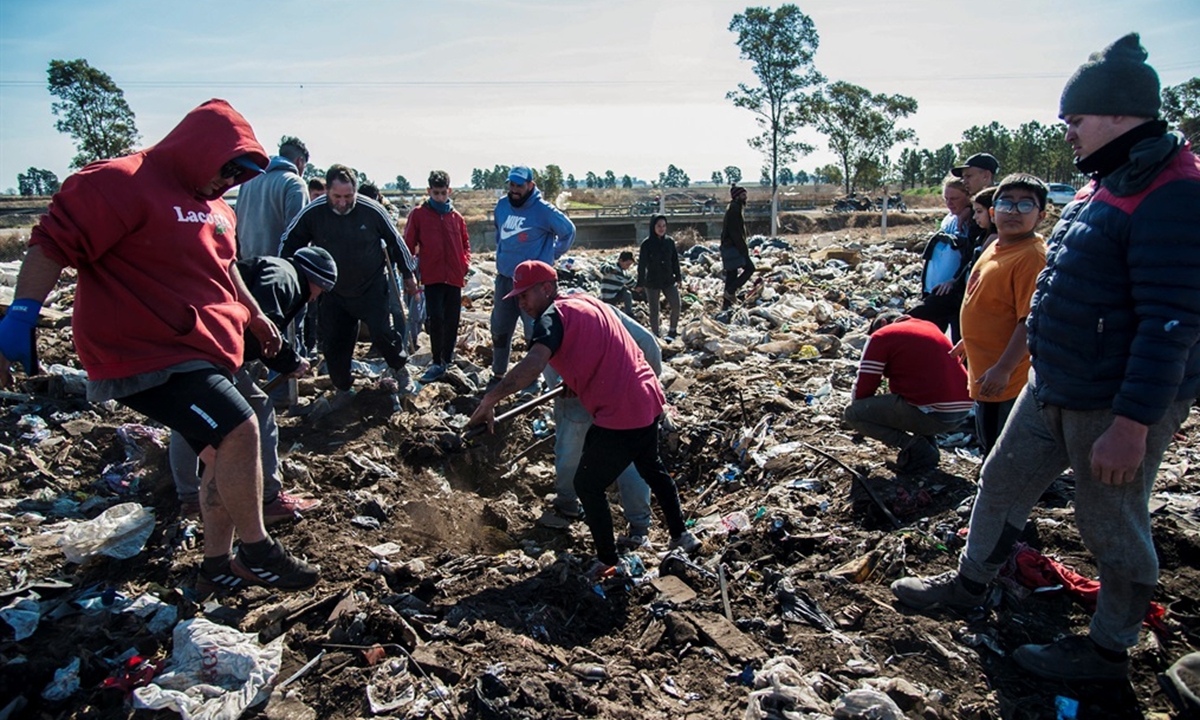 People look for dollar notes among the garbage, in the dump of Las Parejas, Santa Fe province, Argentina. (Photo: AFP)

Hundred dollar bills drifting in the air and buried under trash: a "green fever" has struck an Argentinian town where residents have gathered a small fortune believed to have been hidden in a closet discarded at the local dump.

Unconfirmed reports of more than $75,000 collected at the dump at Las Parejas in central Argentina in recent days have piqued such frenetic interest that authorities have had to close the facility.

"A friend got out of his truck and saw a crisp $100 bill on the ground. It struck us because it was in impeccable condition," said Federico Baez, one of the greenback beneficiaries.

"We each started to grab a share. It was like a game, to see who could grab the most bills. We got about $10,000 between the six of us," Baez told AFP.

It is not known whether the finders will be allowed to keep their loot.

A popular theory doing the rounds on social media is that the money was hidden in a secret compartment of a closet that was thrown out after its owner died without heirs.