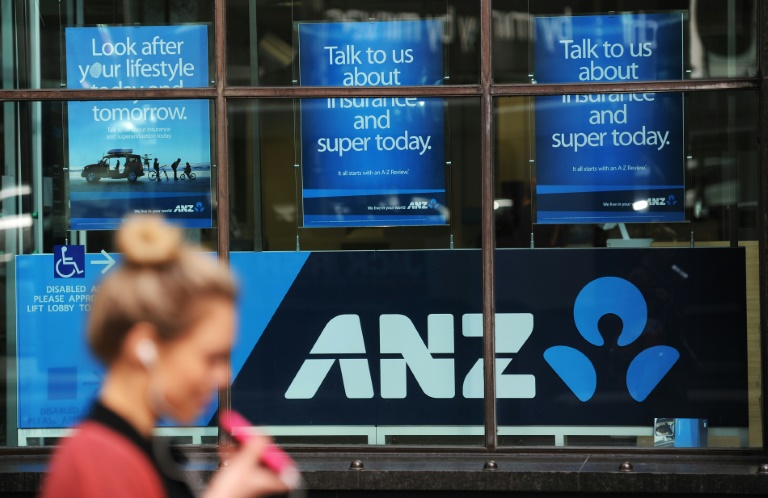 Australia's scandal-plagued banks are braced for "judgement day", as a public inquiry into industry misconduct prepares to publish its initial findings after months of damning customer testimony.

The financial sector -- including Australia's all-powerful "big four" banks -- faces a public backlash and the prospect of tighter regulations when an interim Royal Commission report is published before a Sunday deadline.

Firms like Commonwealth Bank, NAB, ANZ and Westpac are among the world's most profitable financial institutions and largely avoided the shackles placed on US and European banks in the wake of the global financial crisis.

But a raft of reports of them issuing dodgy financial advice, life insurance and fraudulent mortgages forced a reluctant business-friendly government to call for a Royal Commission late last year.

Since then, a series of hearings involving almost 10,000 submissions and more than 100 witnesses has stunned even hardened observers.

They included accounts of NAB staff accepting cash-stuffed envelopes to pass dubious loans and help them "smash" sales targets, while staff at Commonwealth Bank -- Australia's largest firm -- charged fees to customers who had died up to a decade before.

"This is a shocking wake-up call to the business community," said the government's former competition tsar Graeme Samuel.

The sector needs to admit that "something's fundamentally wrong", he told AFP.

The inquiry has already claimed several scalps, including the chairman of the country's largest wealth manager AMP, who quit in April days after the chief executive stood down when it was revealed the firm charged clients for advice they never received.

A decade ago the sector was lauded for emerging unscathed from the global financial crisis and avoiding the risky investments that doomed their peers.

Commentators say that successes may have bred complacency among banks as well as the government and regulators.

In Samuel and other analysts' books, regulators had sufficient powers to reign in wayward banks -- but failed to do so.

"We have to be aware that regulators do run serious risks of being captured by industry," he said.

"It requires a strong discipline on the part of regulators to prevent it from occurring, so this will be a wake-up call."

The agency on Tuesday released its own damning report finding "unacceptable delays" in banks' reporting and addressing "significant breaches" of laws.

Major banks were taking an average time of 1,726 days -- or more than 4.5 years -- to identify significant breaches, ASIC found.

Even then, financial institutions took an average of 226 days from the end of their breach investigation to make the first payments to affected customers.

Shipton said the figures were a "sad indictment" of the sector.

More oversight and tighter rules are likely to be raised in the interim Royal Commission report, which has been dubbed the banks' "judgement day" by some analysts and media.

Most banks are already moving to spin off their financial advisory arms from their main activities to avoid conflicts of interest raised during the hearings.

One more round of hearings focusing on policy forums will run in November, with Hayne's final report due by February 1 next year.