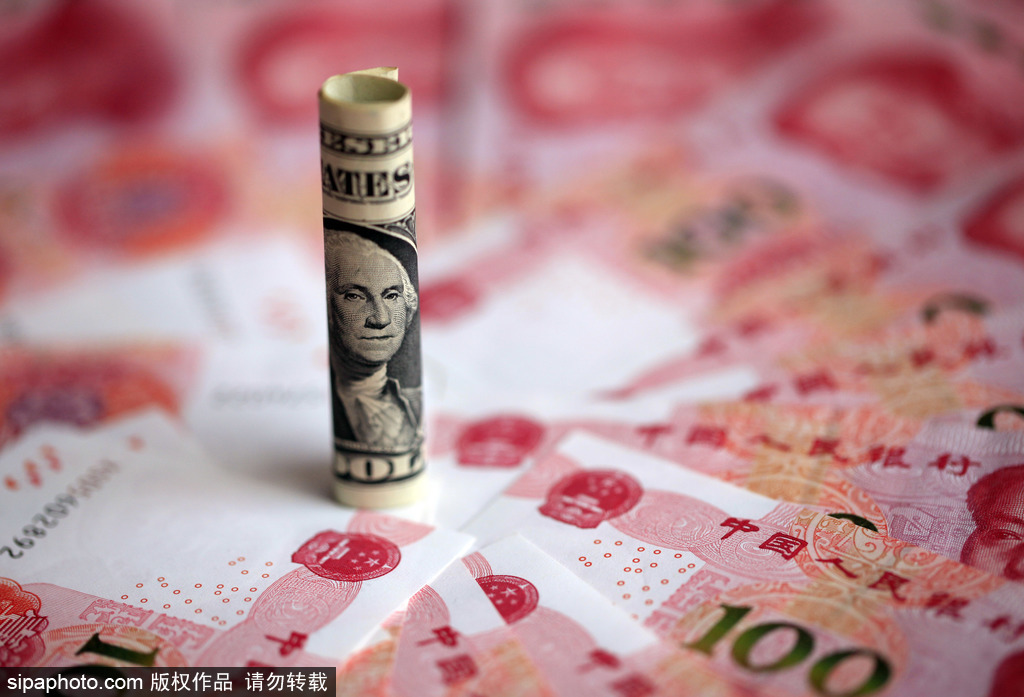 Large and long-term depreciation of the Chinese yuan is unlikely because the country's COVID-19-related recovery has been steady. (Photo: Sipa)

Large and long-term depreciation of the Chinese yuan is unlikely because the country's COVID-19-related recovery has been steady and arrived earlier than many other economies, Hu Xiaolian, chairwoman of the Export-Import Bank of China, told China Daily in an exclusive interview recently.

Hu said that policy banks would extend more financial support to exporters to sustain economic momentum as the country comes out of the novel coronavirus shadow.

"The recent fluctuations in the yuan exchange rate were largely due to trader sentiment, rather than a reflection of the economic fundamentals. As short-term market volatility is quite normal, we should not take too much notice of that," said Hu, a former vice-governor of the central bank.

The comments came after the yuan, both in the onshore and offshore markets, fell close to 7.2 against the US dollar, the lowest level since September 2019. The last time the Chinese currency fell beyond that point was in early 2008 during the global financial crisis, according to data from the China Foreign Exchange Trade System.

The temporary weakening of the yuan came as tensions between China and the United States ramped up in recent days over a number of issues. Despite the tensions, China has been at the forefront of the global economic recovery from the novel coronavirus outbreak, as its stable and resilient economic fundamentals can help avoid large drops in the yuan exchange rates, Hu said.

By Thursday afternoon, the onshore Chinese yuan trading had bounced back and was at 7.12 per dollar, while its offshore counterpart was at 7.13 against the greenback. The 2020 Government Work Report has set a goal to "keep the RMB exchange rate generally stable at an adaptive, balanced level".

Economists expect China's economic activity to show further recovery in May, more so from the service sector perspective rather than the manufacturing sector, along with a substantial improvement in retail sales.

"Policies have been broadly supportive, despite the slightly less dovish comments from senior officials during the annual session of the National People's Congress, the nation's top legislature," said a research note from Goldman Sachs on Thursday, which estimated a steady increase in overall total social financing.

To offset the economic shocks from the COVID-19 pandemic, the country has launched strong stimulus measures, including credit policies to extend the loan principal and interest repayments and more targeted policies from policy banks.

"We will focus on supporting industry chains and supply chains of export companies, to maintain their productivity and explore the domestic market," said Hu. "Chinese financial institutions should also look to prevent risks from global financial market turbulence."

As a Chinese policy bank, the Export-Import Bank of China has the obligation to provide loans with longer maturities and lower interest rates to support special projects, according to the chairwoman.

The People's Bank of China, the central bank, and some other government departments jointly issued a guideline on Monday to expand the scale and improve the structure of financing for micro, small and medium-sized companies.

Development and policy banks should make full use of the 350-billion-yuan ($49 billion) special credit to support work resumption and production at small firms with preferential interest rates, the guideline said.

It also encouraged commercial banks to substantially increase loans to smaller firms and extend loans without seeking the due principal repayments. The five major State-owned commercial banks should also expand their inclusive lending to micro and small-sized firms by more than 40 percent.