NEW YORK, April 6 (Xinhua) -- Practical approach, which underscores the collaborative side in US-China relations, is vital to maintain healthy and sustainable bilateral ties, former US diplomats said here on Saturday.

"The US side should be more practical in dealing with China and get rid of ideology," former US Ambassador to China Stapleton Roy told Xinhua during an interview on the sidelines of an annual conference organized by the Committee of 100 (C100), a premier US organization of Chinese-American leaders from different fields. 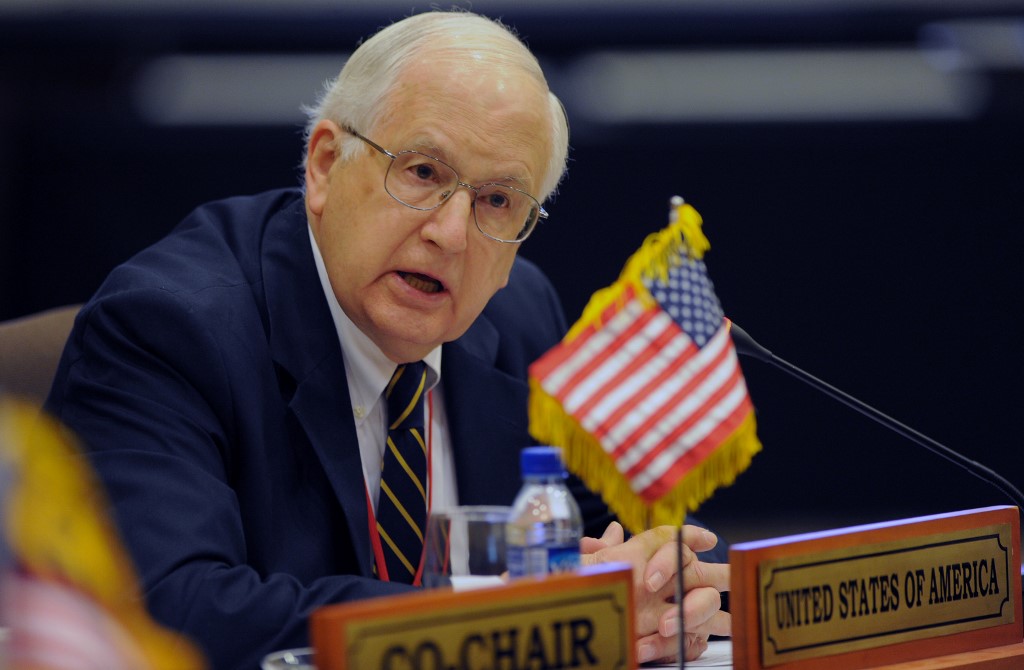 "The competitive aspects are true, but so are the areas for cooperation between the two countries," said the 84-year-old China expert, who served as the US ambassador to China from 1991 to 1995.

Roy defied the mentality of "just focus on one at the expense of the other."

Focus should be on collaboration and progress rather than ideological issues which are inherent across different cultures and systems, said the veteran diplomat.

The longtime China watcher suggested that the United States eye more on "the opportunities" from a developing China, rather than viewing it as a threat.

Roy was joined by other former US diplomats at a panel themed on US-China relations during the C100 annual conference on the significance of fully understanding bilateral collaborations.

Given the importance and complexity of the US-China ties, the panelists proposed new solutions highlighting "trust and goodwill from both sides."

"There are so many things that we could work together to our mutual benefit," said Allen, who served as commercial attache at the US Embassy in Beijing in the 1990s and later as the deputy assistant secretary for China at the US Commerce Department's International Trade Administration.

He hoped the United States emphasizes win-win collaboration with China across a multiplicity of dimensions including trade, but not exclusive to trade.

Both sides need to cooperate to manage existential global threats including climate change, terrorism pandemic, ocean rising, narcotics and so on, Allen said.

While demonstrating the urgent necessity for better collaborations, these experts cautioned that being obsessed with an ideological lens may cause serious consequences.

Roy noted that the pendulum has historically swung between a practical manner and an ideological one when concerning the U.S. approach to China.

Reverting to an ideological approach has "mutual assured destruction," he said.

These veteran diplomats pointed out that many of the fundamental problems that the United States faces are multi-level by definition, which cannot be fixed with bilateral solutions.

Allen said the competitive part in bilateral ties "should not preclude us from collaborating wherever possible."

"It is an enormous opportunity cost if we fail to do so," he warned.