BUSINESS 'Shortsighted' Estonia and Latvia quit China-CEEC out of US pressure; not to affect mechanism with their marginal role

'Shortsighted' Estonia and Latvia quit China-CEEC out of US pressure; not to affect mechanism with their marginal role 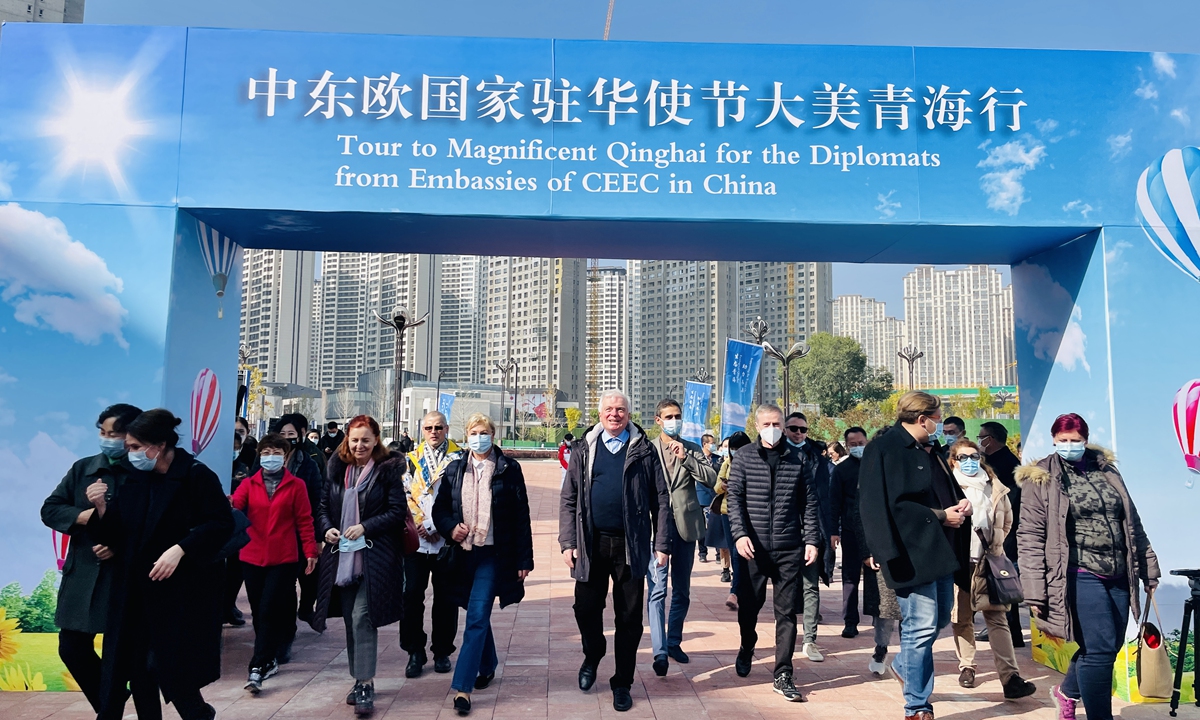 Estonia and Latvia, trapped in the anxiety of geosecurity and under pressure from the US, have withdrawn from cooperation between China and Central and Eastern European Countries (China-CEEC Cooperation), which, Chinese analysts said, is a "shortsighted approach" and means they will lose their diplomatic independence and sacrifice their opportunities for development.

The two Baltic nations' move won't have a major impact on the China-CEEC Cooperation, but pinning their hopes on the EU and the US is very unwise as the EU and the US can hardly offer them any tangible or much-needed economic help, analysts said.

The two Baltic nations issued similar statements on Thursday, saying they decided to cease participation in the cooperation framework of China-CEEC Cooperation, but will continue to strive for constructive and pragmatic relations with China bilaterally and through EU-China cooperation.

Estonia further said it has not attended any of the meetings of the format since February 2021.

Analysts said their move will not be a setback for China or China-CEEC Cooperation as some Western media claimed, as the Baltic nations cannot represent majority of the CEEC due to their limited participation in the mechanism. They noted that it's unlikely that many CEEC participants would follow suit.

Liu Zuokui, a research fellow on European studies at the Chinese Academy of Social Sciences, told the Global Times that China-CEEC Cooperation will not fall apart, collapse or fail, and the two countries' move is part of framework optimization. He noted that the significance of the mechanism remains for both China and CEEC.

The move comes amid the Russia-Ukraine conflict, as Baltic nations have lapsed into growing anxiety over security. Thus, they have prioritized security over economy, and even ignored the livelihoods of residents, analysts said.

On the same day of their departure from the mechanism, Latvia's parliament designated Russia as a "state sponsor of terrorism" over the military operations against Ukraine, and Estonia said it will from next week prevent most Russians from entering the country with visas issued by Estonian authorities, according to Reuters.

For Baltic nations, geopolitical and security factors are now undoubtedly crowding out the space for foreign trade, Cui Hongjian, director of the Department of European Studies at the China Institute of International Studies, told the Global Times.

Lithuania quit the mechanism in May 2021, but Liu said unlike Lithuania, whose departure was "destructive" due to its dangerous move to challenge the one-China principle, Latvia and Estonia in their statements said they would continue to strive for pragmatic relations with China through EU-China cooperation.

Apart from the two, Lithuania went further to suggest the mechanism be replaced by cooperation between China and the EU.

Lithuanian Foreign Minister Gabrielius Landsbergis called the mechanism "redundant and divisive" in a tweet on Thursday, and he said the mechanism should be replaced with EU27+1.

However, analysts believe the CEEC nations are finding it difficult to achieve the cooperation that best suits themselves through the EU-China mechanism.

In the framework of the EU, cooperation with China is mostly dominated by large EU members that focus on green technology and the digital economy, but many CEEC members actually need more infrastructure, Liu said.

Five of the CEEC within the China-CEEC Cooperation framework are non-EU countries, including Albania and Serbia.

Thus, China-CEEC Cooperation is a valuable supplement to China-EU cooperation, as it takes good care of the actual needs of CEEC, analysts said.

China-CEEC Cooperation, launched in 2012, has become a model of trans-regional cooperation. In the past decade, the practical cooperation between China and the CEEC has doubled trade volume. Chinese investment in CEEC has increased six-fold, according to the National Development and Reform Commission.

In late July, Croatia's Chinese-built Peljesac Bridge opened, connecting two parts of the country's coastline for the first time. It is the largest infrastructure project undertaken by the Chinese side in Croatia, illustrating the strong cooperation between China and Europe, according to the Xinhua News Agency.

Péter Szijjártó, Hungarian minister of foreign affairs and trade, said that the country is proud that CATL decided to execute the biggest ever greenfield investment in the history of Hungary, according to CATL.

When other CEEC nations are getting more development opportunities and regional interconnections through China-CEEC Cooperation, the Baltic nations have brought politics and ideology into the economy under the influence of the US, analysts said.

US State Department Spokesperson Vedant Patel said "we respect and support Estonia's and Latvia's sovereign decision to no longer participate," and voiced "deep concern" about China's relations with Russia.

Cui said the reason the Baltic nations quit the framework was also because they wanted to gain more political and security protection from the US, but blindly following the US makes it difficult for them to make decisions based on market rules.

Their shortsighted approach will see them lose regional cooperation opportunities in the framework and they are unlikely to get any tangible benefits from the US, analysts said, noting that the US' economic plans are purely made to serve its geopolitical purposes without caring for partners' needs.

More importantly, when the world is turning to Asia for economic opportunities as Asia, with China being one important part, represents the future of the global economy, running in the opposite direction would be a long-term loss for prosperity, Cui said.

The London-based think tank Center for Economics and Business Research forecast in early 2022 that China is expected to pass the US as the world's largest economy in 2030.

"When the economic and supply chain layouts in Asia have been completed, there will be no room for Baltic nations," Cui said.