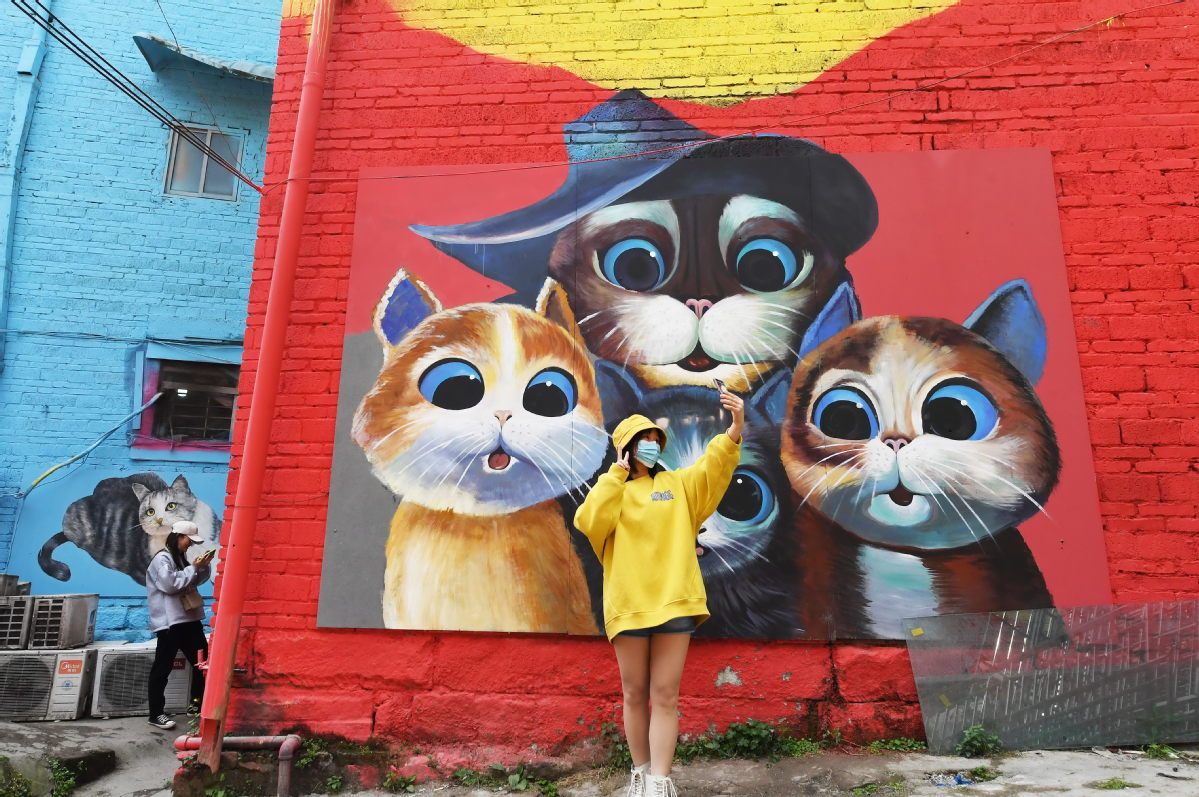 A resident takes a selfie in front of a mural on an old building in Chongqing on April 14. (Photo: China News Service)

The rising number of single people in China will spur new consumption and may become a major consumption power in the future, a recent report by Nielsen said.

The report came as concerted efforts were made to drive up domestic demand and boost consumption to support the post-COVID-19 economic recovery.

Nielsen released on Tuesday its Report on the Rising of China's Single Economy, which said as the number of single people continues to grow, their consumption power cannot be underestimated and will spur new consumption.

The report conducted an analysis of portraits and consumption behaviors of singles, with a goal to help brands and retailers better understand the Chinese consumption market and achieve precise marketing.

Justin Sargent, president of Nielsen China, said: "The 'single economy' is the awakening of single people's consumption awareness, which reflects their pursuit of a higher-quality life."

"As the single group continues to grow, the single economy will generate new opportunities for brands and retailers. To win the group, which has extremely strong purchasing power and great consumption potential, it is of vital importance to stay close to the lifestyle of singles, respond to their unique consumption needs and listen to their voices," Sargent said.

The Nielsen report also shows single people are willing to pay to make their lives more convenient. About 52 percent of singles consume out of convenience and timesaving, higher than the 39-percent of non-singles.

Single people also have strong needs for company, which leads them to pay more for socializing and pets.

Data from Nielsen also showed 57 percent of pet owners are not married yet.

Single people are big promoters of the "night economy". Eleven percent of singles usually engage in cultural and recreational activities from 11 in the evening to late night, compared with only 6 percent of non-singles.