BUSINESS 'Super cinema' is the future of the global film industry

'Super cinema' is the future of the global film industry 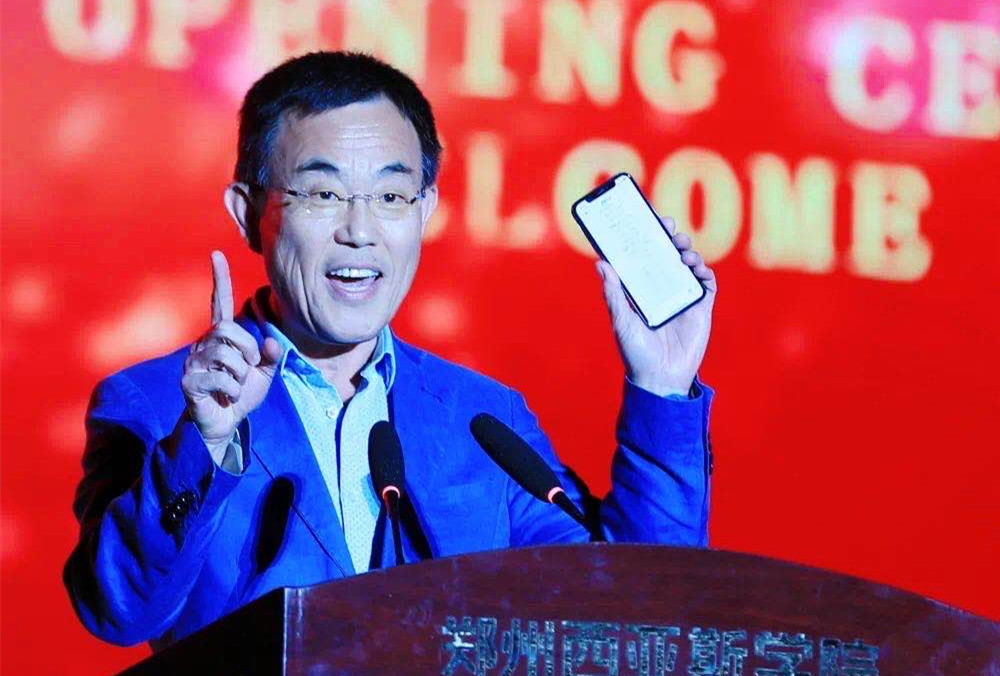 A film industry executive is implementing his vision of the future of cinema by advocating and establishing a global "super cinema," one that he hopes will secure better survival chances for filmmakers and cinemas.

Jack Gao, CEO of Smart Cinema, insists that his Smart Cinema innovations will provide more potential for film markets worldwide by distributing and screening films both online and offline. The first such super cinema was recently launched in Chengdu in cooperation with the Chengdu Jinsha Cinema Chain.

The Rural Digital Film Company under Chengdu Jinsha Cinema Chain is the service provider for screening films in rural areas, communities, schools, and construction sites. Most film distributors have so far neglected rural markets and are unwilling to sell distribution rights to rural areas for screenings, despite the urban film market seeing a decrease in attendance for years.

With Smart Cinema technology, the cinema chain can allow people to watch films either via outdoor screenings or even on their mobile phones. Through these double platform viewings, rural residents can also watch educational films relating to such scientific topics as greenhouse planting and pest control; films that are impossible to screen in commercial theaters.

"What Smart Cinema is doing is enabling the cinema to serve everyone, especially those people who have not had the opportunity to enter traditional cinemas. These people actually account for more than half of the total population of China," Gao said, adding it's not only a problem for China but for the entire world. "Eighty percent of theater seats have been empty around the world."

Gao also stated that most Chinese films have no chance for theatrical release as the number of cinemas is limited and commercial blockbusters always dominate the channels. While many felt that this posed a crisis for the industry, Gao saw it as an opportunity.

The former Dalian Wanda Group executive has spent the past two years introducing Smart Cinema at various film events and festivals, with many industry veterans expressing excitement for what the new technology could achieve.

The innovative app, launched two and a half years ago, turns smartphones into pocket movie screens, streaming theatrical releases via the internet and including additional services such as personalization, socialization, and programming flexibility. It also undercuts Hollywood's monopoly on global distribution. Finally, the conventional one-screen-for-many audience model adapts to Smart Cinema's one-to-one model so that it's ready for VR, AR, interactive, and immersive personalized services in the future.

The executive expressed his concern after witnessing Hollywood studios pushing for their own streaming platforms, namely Disney Plus, WarnerMedia's HBO Max, NBCUniversal's Peacock, and upcoming Paramount+, taking on streaming giants such as Netflix, Amazon Prime Video, and Apple TV+.

"The U.S. is facing a seriously divided and fragmented situation, which will badly affect user experience," Gao told China.org.cn, pointing out that a movie lover needs to buy all of the services to prevent missing any new films. "What's next for streaming services? Will there be some kind of new Google and Yahoo! to collect and integrate all those new films? A user actually doesn't care about where a film comes from, they just want to see a film on one platform."

Smart Cinema doesn't need to worry about how much to pay for distribution and broadcast rights. That's because it doesn't rely on copyright trade business as nearly all other video streaming sites do, most of which are losing money and have not seen any profit whatsoever. Rather, Smart Cinema acts as a one-stop-shop online mobile device cinema experience, selling tickets, screening films, and splitting the revenue with distributors directly.

After being hit by the COVID-19 pandemic, Chinese theaters as well as cinemas around the world need to find a way to evolve. In April, Universal Pictures released its "Trolls World Tour" online, in turn, upsetting AMC Theatres called for a boycott of the movie. Then in late July, AMC Theatres and Universal announced they had reached an agreement that would enable some movies to debut on home entertainment platforms within 17 days of their theatrical release, breaking the 90-day window Hollywood studios had maintained for years.

Jack Gao, as former senior vice president of Wanda Cultural Industrial Group and who had helped build the Wanda Cinema Line into the world's largest cinema chain by acquiring AMC Theatres, said the latest move by AMC is actually an example of the "super cinema" idea that he is advocating for. By utilizing internet streaming capabilities, physical theaters can now remain flexible and survive dwindling audiences and unexpected scenarios such as a pandemic.

Gao told China.org.cn that he is currently in discussion with other cinema chains, both domestic or foreign, about how to build "super cinemas" and that Smart Cinema is willing to help.

He added that he doesn't believe brick-and-mortar cinemas are dying. Instead, he is a fierce defender of the theater system: "Our mission is not to replace traditional cinema chains, but to help increment and supplement. We want those films that cannot be seen in theaters to find their audience and to help screen the right films to the right viewers at the right time through the right channels across the world."

Gao is highly optimistic about the future of Chinese film industry, as he believes that China can be the first country to realize and embrace the "super cinema" concept now that China is surpassing most countries, even the United States, in the mobile internet and 5G development.