A wave of a "sweet consumption" boom has emerged this week as this year's Qixi Festival, or Chinese Valentine's Day, falls on Saturday. Not only has traditional holiday consumption surged exponentially, such as flowers, skin care products and jewelry, it has also spawned new indoor holiday consumption given the COVID-19 prevention protocol. 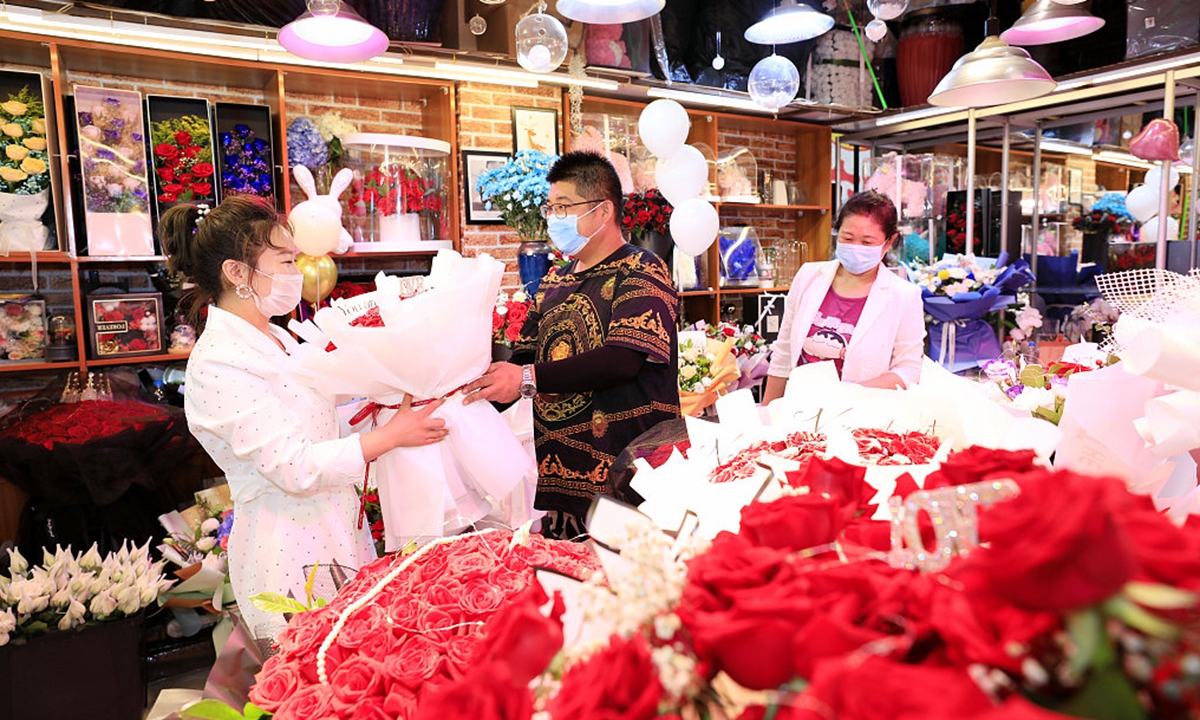 Due to the sudden surge of users, Alipay, one of China's top online payment platforms, even experienced a short crash in the afternoon. Alipay later said on Chinese social media platform Sina Weibo that users were flooding in to participate in its Qixi Festival promotion activity, and noted that the platform resumed normal operations shortly after.

Alipay offered a digital hongbao (cash-filled red envelopes) activity for Qixi Festival, which attracted many users. The topic of "Alipay crashing" topped the hot topic list on Sina Weibo on Saturday, with some netizens saying they could not open Alipay's page or failed to transfer money.

China's advanced online shopping has been supporting the sales boom in spite of the recent tightened virus prevention measures in many cities. Searches for flowers on online platforms have increased by 159 percent in the past week, China Central Television (CCTV) reported on Saturday.

In the past two years, online shopping has become an important channel for flower consumption, and it is forecasted that the scale of China's flower e-commerce market will reach 50 billion yuan ($7.7 billion) in 2021, the report said.

Amid the recent surge of the Delta variant in half of the 31 Chinese mainland provincial-level regions, many tourist spots, and entertainment venues have been closed. However, firms have started to experiment with new types of projects such as "cloud travel," and many people chose to order candlelight dinners online and spend the romantic holiday at home.

Global luxury brands including Cartier and Van Cleef & Arpels have launched a series of special-edition collections for the holiday, according to a release Tmall sent to the Global Times on Friday.