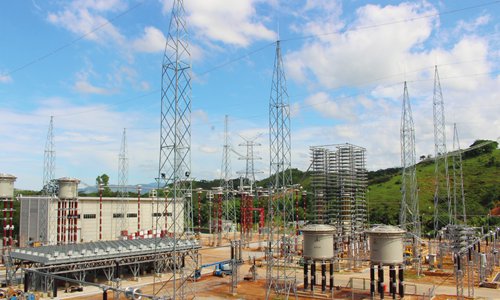 Executives of Chinese companies operating in Brazil said they are unfazed by protectionist rhetoric from Jair Bolsonaro, the country's newly elected president, who has been dubbed the "Trump of the Tropics".China is Brazil's largest trading partner and a leading investor in Brazil. However, the momentum of the relationship is in doubt given that Bolsonaro has repeatedly criticized China's purchases of Brazilian assets as being a strategic threat to the country.In the past 10 years, more than 200 Chinese companies have opened branches in Brazil. China's investment in Brazil has grown at an average annual rate of 29 percent to reach a total of $40 billion, contributing to the country's economic leap.Chang Zhongjiao, general manager of State Grid Brazil Holding, said that related Brazilian government departments continue to support a project involving the second phase of a power transmission line at Belo Monte's large hydroelectric plant. Bolsonaro has so far not directly expressed his views on the project, Chang said."Improving power infrastructure is an emergency task in Brazil. Only State Grid has the strength to complete it," Chang said. "The Brazilian government's hope that China will complete the project as scheduled remains unchanged, because the project has created 18,000 direct jobs for Brazil."Cai Hongxian, chairman of State Grid Brazil Holding, said the project's environmental impact report took 25 months to get green light, and the evaluation process happened during the impeachment of former Brazilian President Dilma Rousseff. Political risk is a major challenge for the project.The project under construction by State Grid will be the world's longest ultra-high-voltage electricity transmission line, crossing 2,500 kilometers to take Belo Monte's clean energy in Pará to major energy consumption areas in the southeast of the country.Sustainable developmentChang believes that the company's operations in Brazil will not be affected by political factors as long as the company adheres to its goal of delivering electricity for sustainable development.China's home appliance brand TCL joined hands with Brazilian home appliance leader SEMP to explore Brazilian market. A joint venture (JV) company, SEMP TCL, was set up in August 2016. The company's market share has grown to 11 percent in 2018 from 8 percent in 2017, data provided by the company to the Global Times showed.The JV covers TV sets, mobile phones and air conditioners.Yue Haiping, deputy general manager with SEMP TCL, told the Global Times that the new administration has had no negative impact on the company's business. "As a company, we care more about Brazil's economic policy than politics. Uncertainties brought by the Bolsonaro administration alone will be limited. As a JV, we have no problem, politically speaking," Yue said. "The company will continue to increase its investment in Brazil according to its set plan." SEMP used to cooperate with Japanese investors. But China is a rising power, and Chinese people's "make it happen" style of doing things is a refreshing experience to Brazilian partners.Future opportunity A Chinese government official who asked not to be identified told the Global Times that Bolsonaro's remarks during the election campaign were actually sensational political language aimed at garnering voter attention."It is not difficult to see how Bolsonaro's attitude toward China has eased in the past few months. There is collective pressure from Brazilian domestic interest groups and the positive factor of China's diplomacy, but the key lies in Brazil's economic dependence on China," the person said.Therefore, under the new administration of Brazil, the operation of Chinese enterprises will not be affected, the person said.Humberto Ribeiro, a former senior trade official in the Brazilian government, told the Global Times that in addition to traditional projects involving energy and infrastructure, the two countries have great potential in the technology sector.For example, trending technologies such as food delivery and car-hailing apps developed by Chinese companies have entered the Brazilian market by using local versions.Yu Haibo, senior vice president at Kwai, or Kuaishou, a short video app based in China, said Brazil is the largest internet market in Latin America. Short video is a new product to the Brazilian market, posing a great potential.Bolsonaro in March announced that he planned to visit China in the second half of this year, a few hours after he met with US President Donald Trump in Washington. BRI to bring new growth opportunities to BrazilThe China-proposed Belt and Road Initiative (BRI) will bring new development opportunities to countries in Latin America like Brazil, a Brazilian expert said.Thanks to Brazil's significant influence in Latin America, the effective participation of the country in the BRI could favor the joining of other countries in the region, Evandro Menezes de Carvalho, head of the Center for Brazil-China Studies at the Getulio Vargas Foundation, told the Global Times in a recent interview."There are nearly 300 Chinese companies in Brazil that operate in different areas of the market and face Brazilian and foreign competitors. Some of them are having great results in the Brazilian market and others are having difficulties," Carvalho said.It should also be noted that some Chinese companies have had difficulties entering the Brazilian market because they are poorly advised, do not bet on marketing and do not know the behavior of the Brazilian consumer, he said. "To overcome all this, Chinese companies need to work in cooperation with Brazilians."