'World-class' deposit of lithium found, could ease reliance on imports 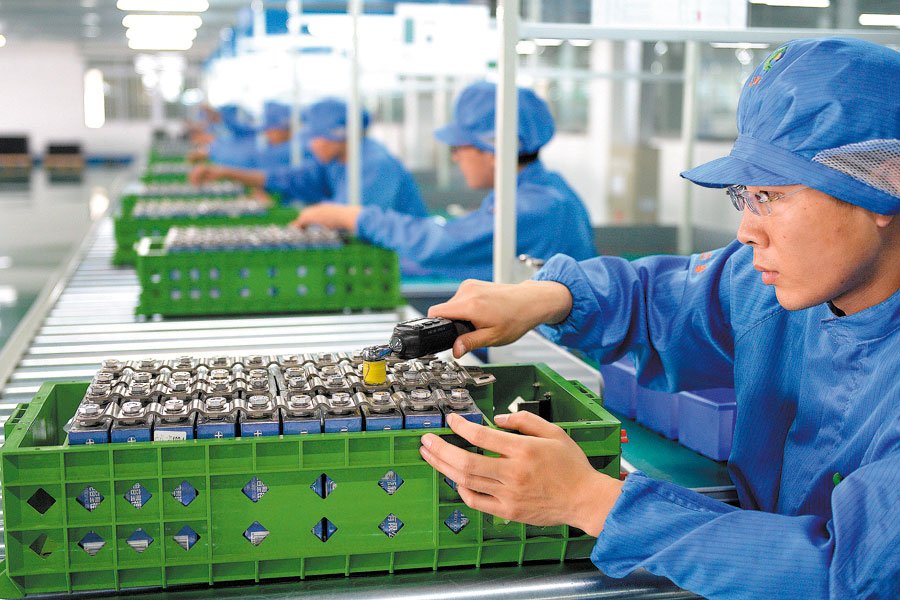 Chinese scientists have discovered an estimated 5 million metric tons of lithium deposits in the central basin of Yunnan province, which could help reduce the country's reliance on imports.

The world-class lithium deposits were discovered by the Institute of Geochemistry under the Chinese Academy of Sciences, the institute revealed on its WeChat public account on Monday.

"With society's expectations of longer lasting battery power for portable devices and the increase in electric vehicles, the demand for lithium has increased sharply," said Wen Hanjie, a researcher from the institute who led the discovery.

Lithium has extensive use in the aviation industry and is even used as a treatment for bipolar disorder. It is a key ingredient in lithium-ion batteries.

In 2015, China overtook the United States to become the world's biggest market for electric cars. The country has set a target to sell 2 million new-energy cars a year by 2020, providing a huge domestic market for battery makers.

"But we also see a high dependence on lithium imports as about 80 percent of lithium used in China between 2011 and 2015 was from overseas," Wen said. "To find our own lithium resources is an urgent need."

According to the US Geological Survey, China is home to the world's fourth-largest supply of lithium resources and second-largest reserves. Yet it accounts for only 6 percent of global mine production, placing it far behind heavyweights such as Australia (41 percent), Chile (34 percent) and Argentina (16 percent).

Lithium resources in the two places are located at altitudes as high as 3,500 to 4,000 meters, which, together with undesirable facilities, make it hard to mine lithium on a large scale.

Field investigation and evaluation work on the new discovery was conducted by experts from several public sectors and research organizations in late May. Wen said details of the discovery will be revealed by the institute soon.