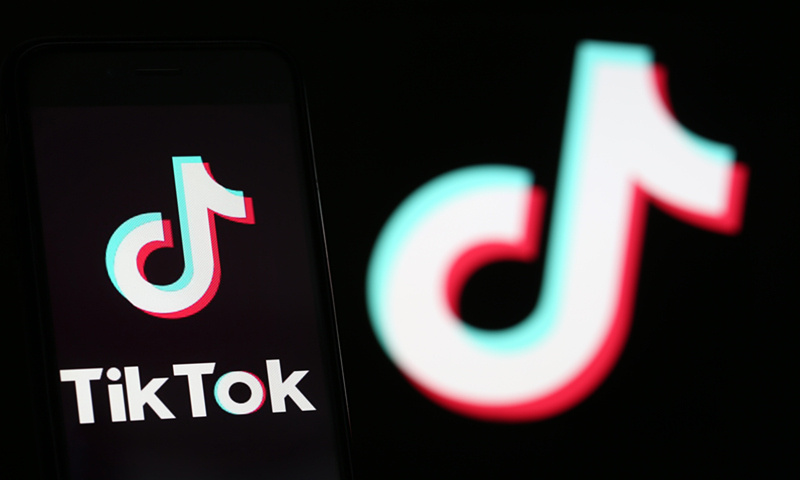 The logo of TikTok is displayed on the screen of a smartphone in front of a TV screen displaying the TikTok logo. (Photo: VCG)

An additional 11 Chinese billionaires were counted in Hurun Global 40 & Under Self-Made Billionaires 2021 released on Tuesday and billionaires from China take up four places in top six of the chart.

Globally, there are 26 more members in the chart. Another 11 and four of them are from US and India respectively.

"There are 45 new faces in the chart, which was the highest number in history, and 19 of them are from China," said the report.

Beijing had surpassed San Francisco and become the most successful city for 17 40-year-old and under billionaires, an increase of six from the previous year, said the report.

The top four Chinese billionaires are Zhang Yiming, founder of TikTok, Su Hua and Cheng Yixiao from short video platform Kuaishou and Zhang Bangxin from TAL Education Group. Wang Ning and Yang Tao couple of Pop Mart, Xu Yi of Bilibili and Huang Jinfeng of Perfect Diary made their debuts on the chart.