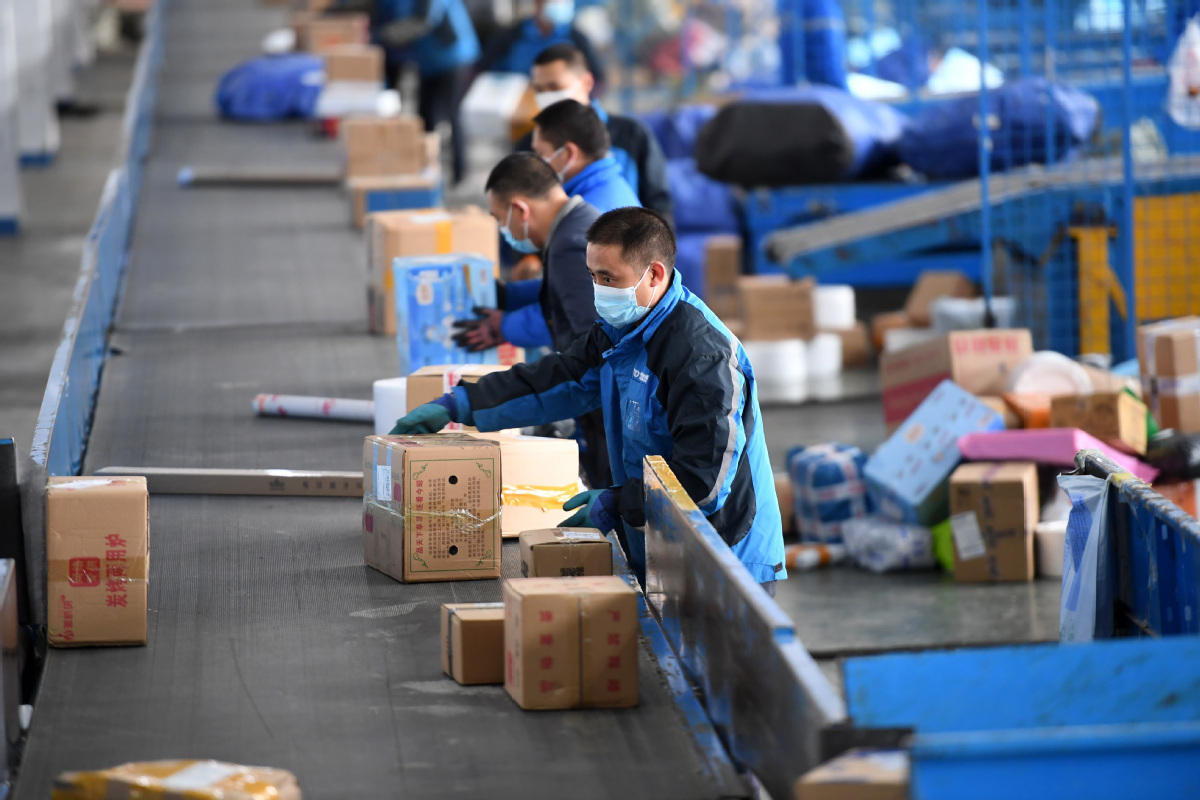 Instead, companies pointed to inclusive growth and eco-friendliness while taking the Nov 11 shopping extravaganza into its 12th year, and some consumers opted for more rational shopping.

In a departure from the previous festivals, Alibaba did not disclose gross merchandise volume via its plethora of platforms halfway through the event. Last year, that figure stood at a staggering 498.2 billion yuan ($77.9 billion).

It did, however, emphasize its role in empowering small and medium-sized brands, saying they have "leapfrogged" in sales.

For instance, in the first 45 minutes of Thursday, 411 smaller brands had reported gross merchandise volume of over 10 million yuan, 40 of which topped the 100 million-yuan threshold, according to data from Tmall, Alibaba's business-to-customer site.

"The passion for Nov 11 is here to stay, as it is a pivotal avenue to unleash people's potential for spending on quality goods," said Jason Yu, general manager of consultancy Kantar Worldpanel.

"But the festival needs to find new ways to appeal to customers, for instance by emphasizing green logistics and allowing people to enjoy discounts without staying up all night."

"I am getting sick of the sophisticated gameplay of winning coupon rebates," said Hong Wei, an accounting specialist in Shanghai. "I buy what I need, and I will not fall for marketing stunts."