Nearly 18,000 firms have registered with the customs authorities in the Shanghai free trade zone (FTZ) since it was launched four years ago, Shanghai Customs said on October 25.

The figure doubled the number of companies that were already operating in the four bonded zones that merged to become the Shanghai FTZ in September 2013, bringing the total now operating within the zone to more than 27,000, the customs said. 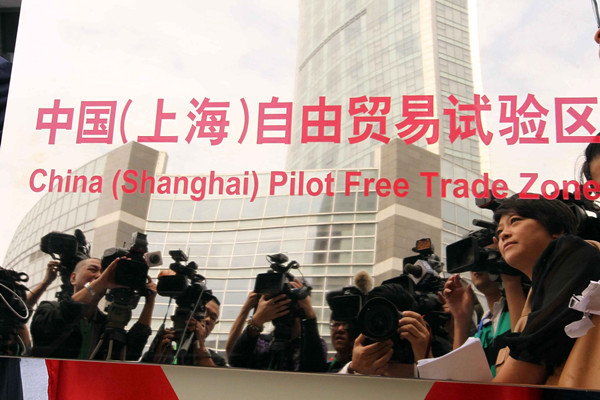 Of the newly-registered companies, 13,600 are privately owned, more than 3,200 are wholly foreign-funded businesses, and 940 are Chinese-foreign joint ventures.

The companies cover 54 industries. Some 94 percent are wholesale or retail firms, while 5 percent are financial enterprises. The rest mainly concern transportation, storage and postal businesses.

The surge in company registrations has helped boost trade in Shanghai despite trade gloom nationwide.

When the Shanghai FTZ was launched it streamlined procedures for business registration. Companies can obtain licenses to operate in the zone in three working days of applying, compared with 40 working days in the previous bonded zones.