The first and second prototypes of China’s domestically made narrow-body passenger aircraft, the C919, completed additional test flights on Friday in Shanghai and northwest China. 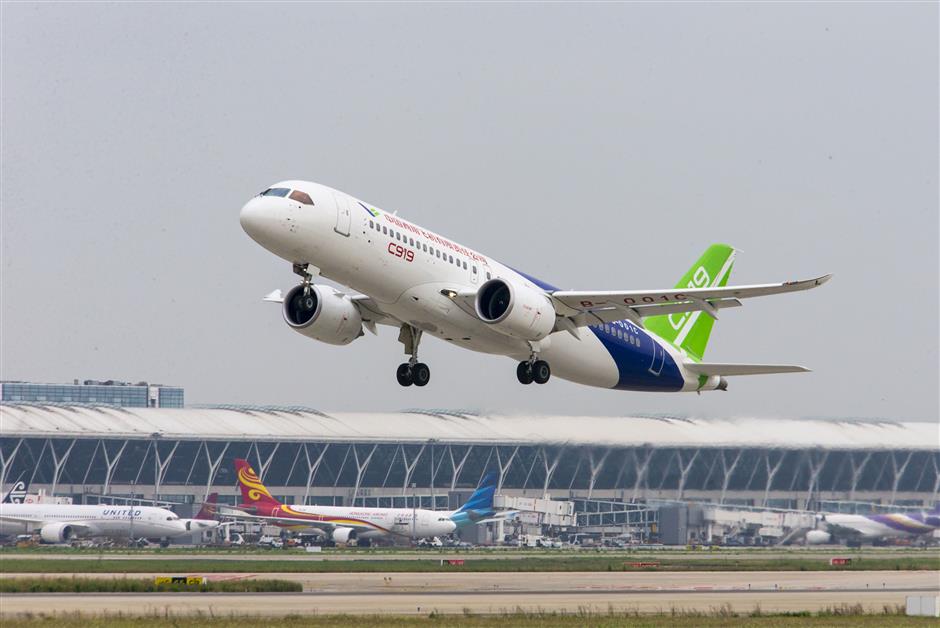 C919 No.102 takes off from Pudong International Airport at 7:13am on Friday for a test flight. It flew for an hour and 34 minutes. (Photos: shine.cn)

The single-aisle aircraft, labelled No.101, took off at 11:05am from the Yanliang Testing Base in Xi’an, northwest China’s Shaanxi Province, and flew three hours and 10 minutes, while the No.102 took off from Pudong International Airport at 7:13am and flew for one hour and 34 minutes.

Both aircraft have completed part of the experiments on operation stability and system inspection, according to the Commercial Aircraft Corp of China, C919’s developer.

Some modifications have been made on the trailing cones and other systems of the first C919 prototype, which made its maiden flight from Pudong airport on May 5, 2017.

The second aircraft that rolled off the assembly line on November 28, which made its first test flight in December 2017, has completed a series of inspections on operation stability and flying performance. It will be transferred to the Dongying Testing Base in east Shandong Province for further tests soon.

General assembly has begun on the third C919, and installation of its cable and airborne systems have begun, according to COMAC. 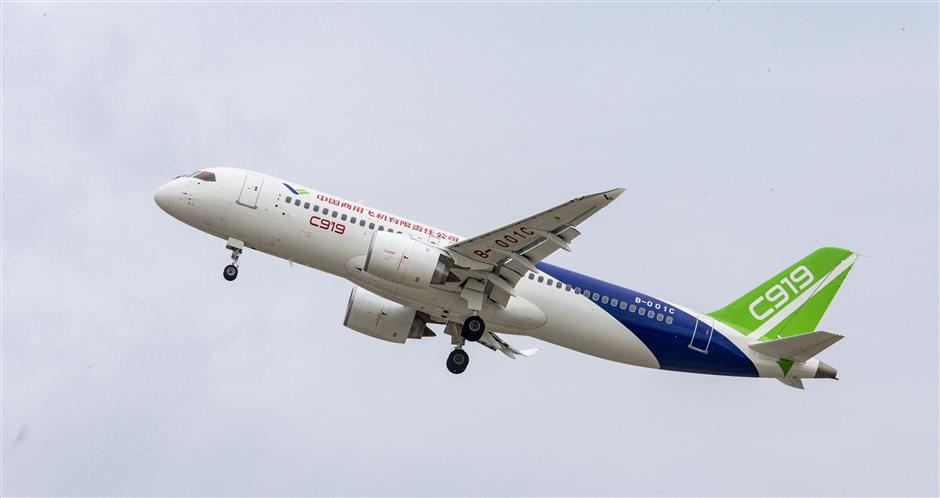 C919 No.102 takes off for its test flight from Pudong International Airport on Friday.

A total of six C919 jets will be assembled for tests before the aircraft begins commercial operation around 2020, according to COMAC. They will carry out over 1,000 ground and air tests to acquire the airworthiness certificate. Most of the tests will be conducted from the Yanliang and Dongying bases.

Overseas orders, which account for about 10 percent of the total, include Germany’s PuRen Airlines and Thailand’s City Airways, as well as carriers from the Asia-Pacific and Africa.