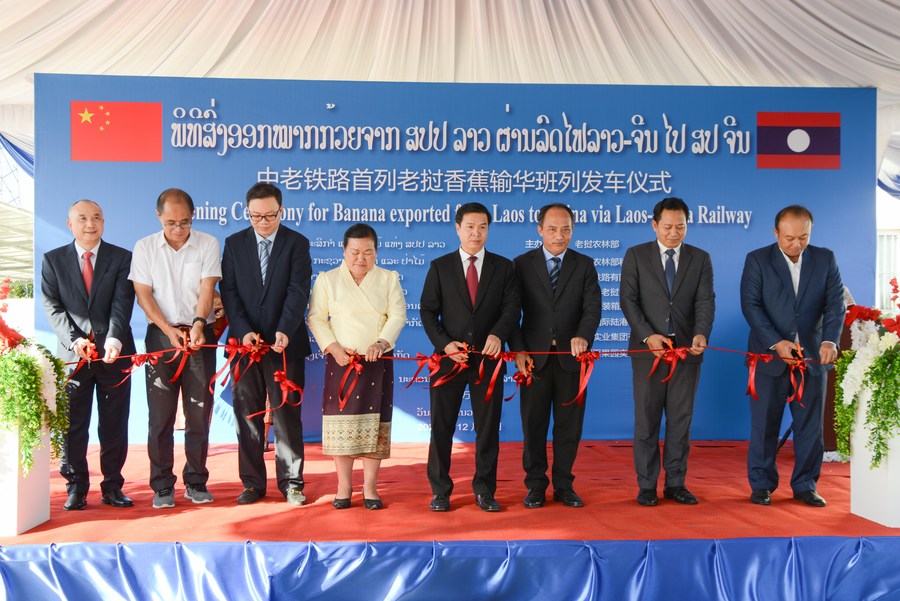 A ceremony for the first banana train heading to China is held in Vientiane, Laos on Dec. 5, 2022. [Photo/Xinhua]

The train will travel all the way north across mountains and rivers along the China-Laos Railway to Changsha, capital of southern China's Hunan Province.

This is the first "banana train" that travels directly to a specific Chinese city since the China-Laos Railway was put into operation a year ago. The "banana train" is also the debuting train under the "One Way, Two Parks" project between Hunan provincial government and Laos.

Earlier this year, Hunan Province and the Ministry of Agriculture and Forestry of Laos jointly signed the memorandum of understanding on cooperation between the two sides on the joint construction of the above-mentioned "One Way, Two Parks" project. 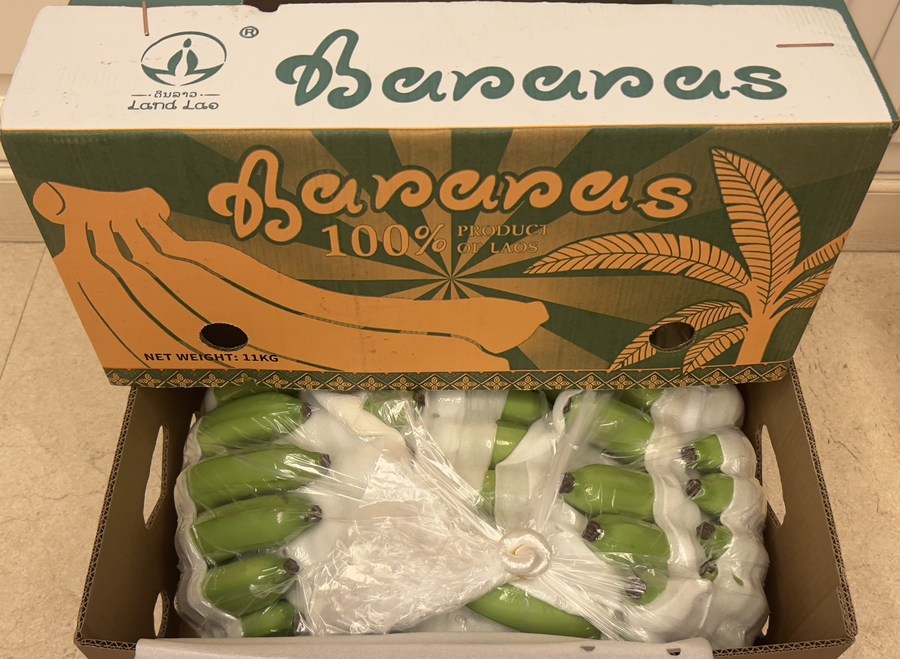 Bananas for the first banana train heading to China are inspected and loaded in Vientiane south station, Laos on Dec. 6, 2022. [Photo/Xinhua]

Under the project, the two sides will use the China-Laos Railway as a channel to comprehensively strengthen the international agricultural cooperation and economic and trade exchanges between Hunan Province and Laos through the joint construction of a linkage between the modern agricultural industrial park in Lao capital Vientiane and related industrial parks in Hunan Province.

Both sides will join hands to realize the annual average agricultural produce trade volume of over 1 million tons between Laos and Hunan Province during the agreement period. This is expected to make positive contributions to the trade of high-quality agricultural products, the modernization of the agricultural industry between the two sides and the construction of a community of shared future between China and Laos. 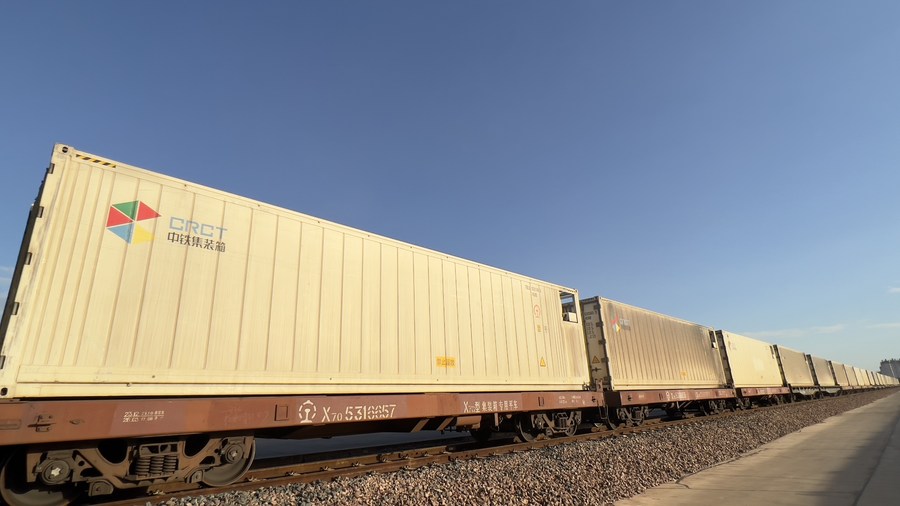 Bananas for the first banana train heading to China are inspected and loaded in Vientiane south station, Laos on Dec. 6, 2022. [Photo/Xinhua]

Among those, Xuanye (Laos) Co., Ltd., a wholly-owned subsidiary of Hunan Xuanye Ecological Agriculture Development Co., Ltd, is mainly responsible for the production, purchase of related Lao agricultural products and export to China.

"The China-Laos Railway is seeing more high-quality bananas and other agricultural products of Laos to be exported to Hunan via the railway, with more than two trains per week," said one of the project operators Xu Guowu, chairman of Xuanye (Laos) Co., Ltd., adding that bunches of bananas not only reflect the great value of China-Laos Railway connection and the historical opportunity brought by the Regional Comprehensive Economic Partnership (RCEP) agreement, but also promote the concept of joint development, mutual benefit and win-win cooperation.

Banana is among the top agricultural products exported from Laos. During the first half of 2022, banana exports were worth 141 million U.S. dollars, only after cassava exports which made around 250 million dollars.