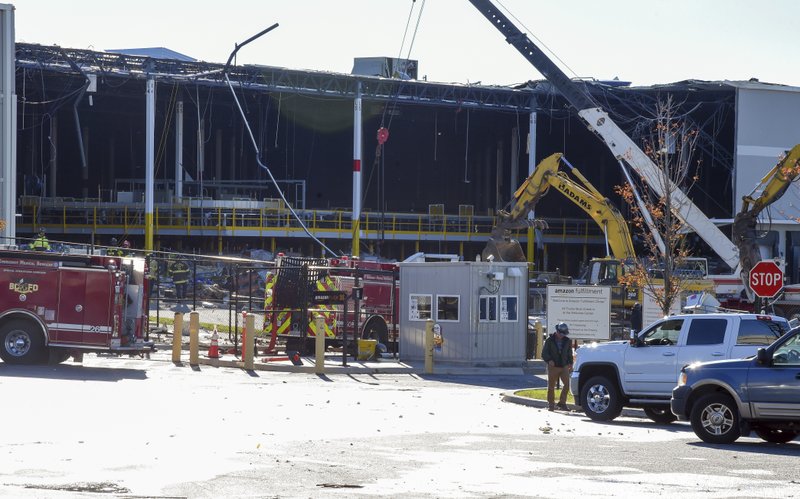 Two people were killed when part of an Amazon distribution warehouse collapsed amid severe weather, a spokeswoman for the retail giant said Saturday.

The men worked for an outside company and not Amazon, spokeswoman Rachael Lighty said. No one else was injured when severe storms with strong winds tore through Maryland Friday evening, she said.

“First responders remain onsite assessing the damage. The safety of our employees and contractors is our top priority and at this time the building remains closed,” Lighty said in an email.

News reports cite Baltimore fire officials as saying one man was found under debris Friday night and later pronounced dead, while a second man’s body was recovered under rubble early Saturday. Officials say a 50-foot wall at the warehouse collapsed. Photos from the scene appear to show the collapsed wall was about two stories tall.

The National Weather Service had earlier warned of thunderstorms in the area, with some producing gusty winds and heavy rain.