The 2,000th China-Europe freight train set off from Chengdu, capital of Southwest China's Sichuan Province, on June 28, according to a report in the Economic Daily. 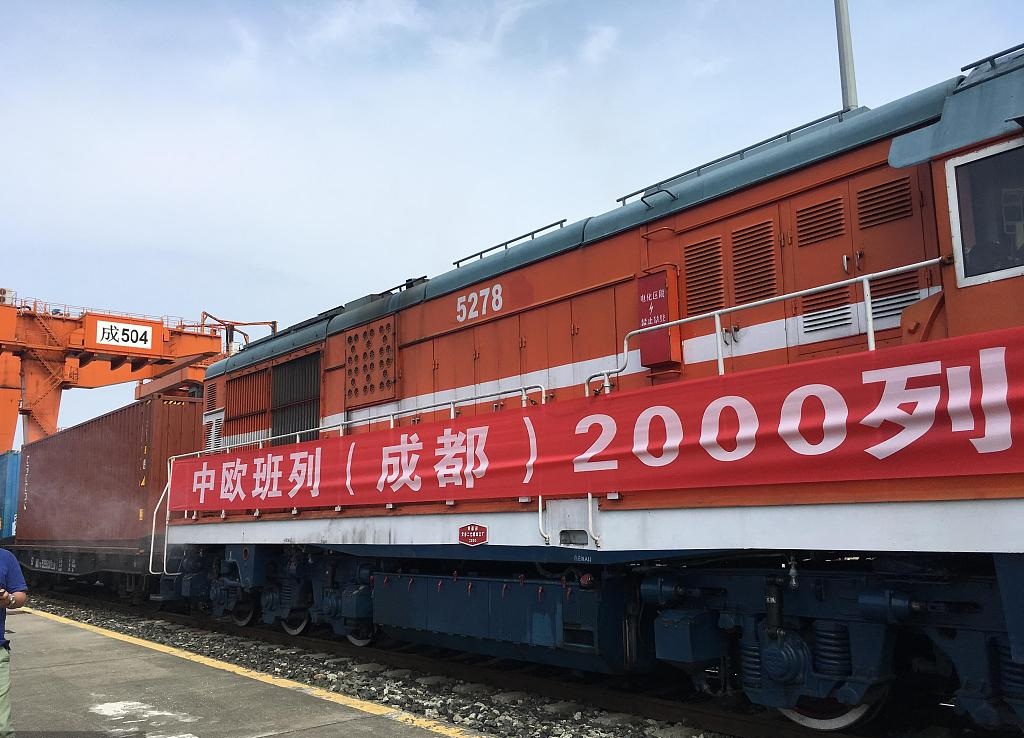 The train was loaded with electronic products such as liquid crystal display monitors and notebook computers and set off from the Chengdu International Railway Port.

The trip to its destination in Tilburg, the Netherlands should take 14 days.

The city has made efforts to improve the service quality of the train, putting more resources into to handling customers’ complaints, promising to give feedback within two hours and aiming for a zero-complaints service level.

With an expansion of the number of international trains leaving from Chengdu, the city now has the largest number of routes in China, with the most stable operating frequency, and the shortest time for transport.

The increase in freight train volume is benefitting industry and trade.

In recent years, Sichuan Province has an increased trade volume of 79.8 percent with countries along the Belt and Road, providing a stable international logistics route for enterprises in China’s west to ‘go global’.