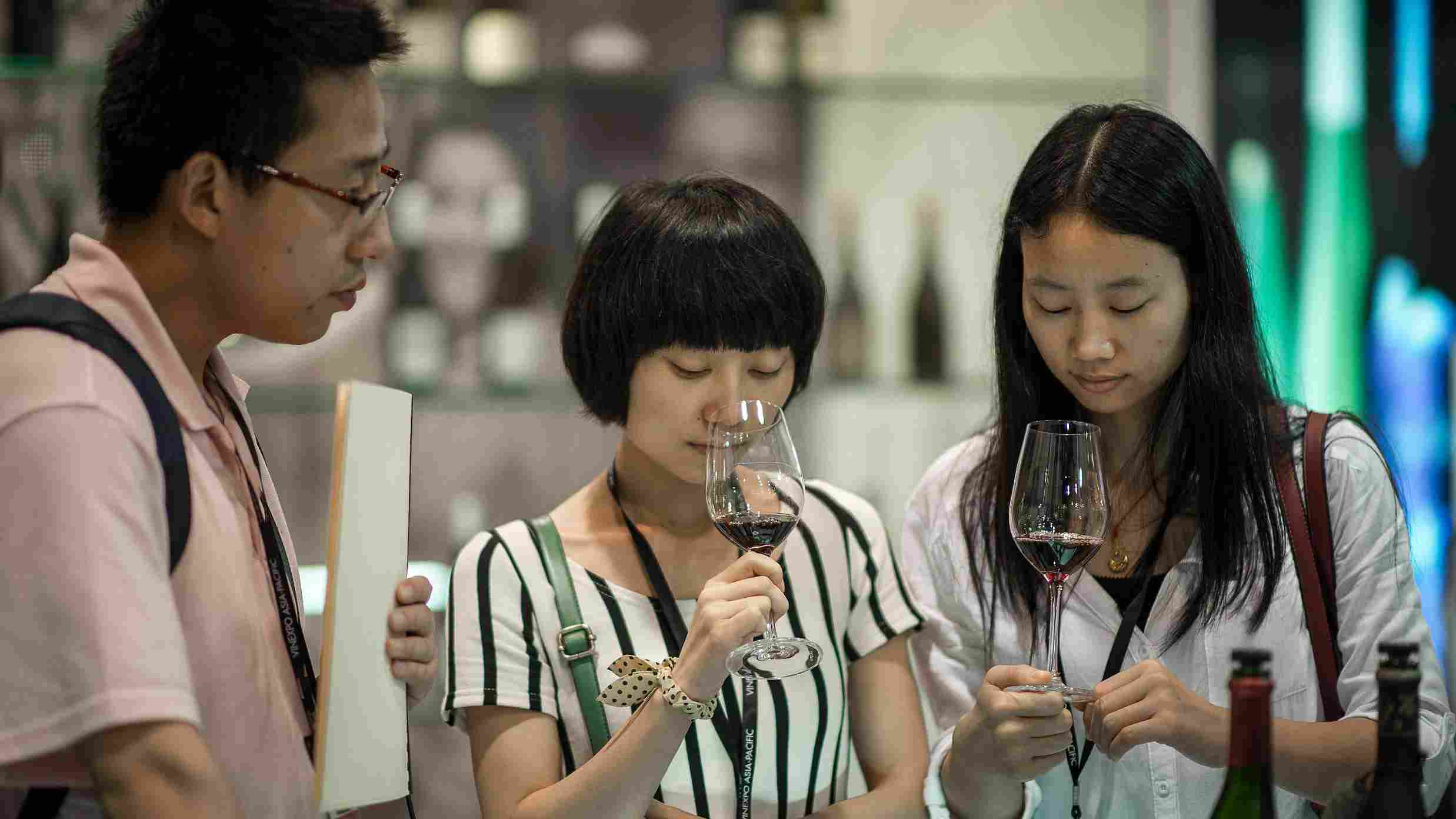 But it said the drastic decline had been partly compensated by an increase in exports to Singapore and China's Hong Kong Special Administrative Region (SAR), from where some French wine is re-routed to the Chinese mainland.

Sales to all three Asian markets contracted by 1.5 percent last year to 2.5 billion euros, a reversal after years of double-digit growth fueled by the growing taste for foreign alcohol, particularly high-end reds from Bordeaux.

Antoine Leccia, head of FEVS, put a positive spin on the figures, saying exports to the Chinese mainland, Hong Kong SAR and Singapore were still the second-best on record, "which confirms the long-term dynamics of the Chinese market."

French winemakers have experienced only one other major blip in China over the last 15 years of explosive growth.

In 2013 and 2014, an anti-corruption drive coincided with a fall in demand for luxury goods, with wine sales declining as a result.

"The only producer country which saw its exports (to China) increase last year was Chile because there are no import duties since 2016 thanks to a free-trade agreement," Leccia added.

The downturn also hit Italian and Spanish producers, he said.

The largest export market remains the United States, where sales increased by 4.6 percent.

Exports are a key driver for the French wine and spirits industry as it confronts falling consumption at home. They are also one of the biggest foreign exchange earners for the country.

In under 20 years, wine consumption per capita in France has fallen by more than 20 percent, according to the latest figures from the International Wine Organisation.

The decline is attributed to changing wine drinking habits - people drink less, but higher quality - as well as a growing taste for rival alcohols such as beer.