BUSINESS 2019 in review: China remains 'gold mine' for foreign investors

2019 in review: China remains 'gold mine' for foreign investors

BEIJING, Dec. 19 (Xinhua) - As 2019 draws to an end, China is set to deliver solid economic results with expanding foreign investment inflow being one of the bright spots, revealing that it remains a major magnet for investors worldwide. Since the beginning of the year, China has maintained a stable and upward trend in attracting foreign capital with more major foreign-invested projects worth billions or even tens of billions US dollars, said Meng Wei, spokesperson for the top economic planner.

On Wednesday, a total of 128 deals with an investment of over 560 billion yuan were signed at the Shenzhen Global Investment Promotion Conference, pointing to an upbeat outlook on the development of the southern tech hub and China at large. 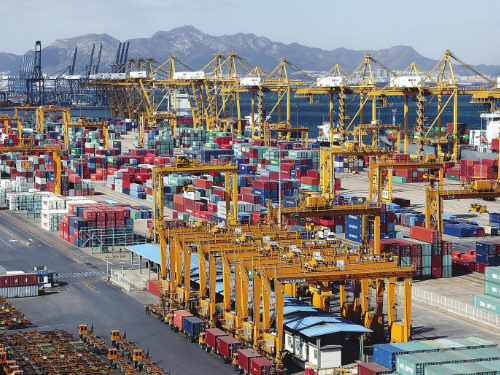 Amid weak global demand, foreign direct investment (FDI) into the Chinese mainland expanded 6 percent year on year to 845.9 billion yuan (about 124.4 billion dollars) in the first 11 months, showed data from the Ministry of Commerce (MOC).

During the period, a total of 36,747 new foreign-funded enterprises were established, showed the data.

Amid the overall FDI growth, overseas retailers and financial investors are also navigating their strategies to tap into the market potential of the second-largest economy.

Since the beginning of this year, a slew of international companies including Adidas, Nike and Lego have opened new flagship stores in major Chinese cities, while German supermarket chain ALDI entered the Chinese mainland market and Lawson convenience stores swept across third- and fourth-tier cities.

Meanwhile, Walmart China plans to accelerate its expansion by opening more than 500 new stores and depots in the next five to seven years and updating 200 existing stores in three years.

Similar momentum was also observed in the financial market.

By the end of October, foreign-funded banks had established 41 legal-person banks, 114 branches and 976 operating institutions on the Chinese mainland, with their aggregate assets at 3.37 trillion yuan.

The bonds and stocks owned by overseas investors were valued at 2.18 trillion yuan and 1.77 trillion yuan, respectively, both notching historical highs by the end of the third quarter.

While newcomers are rushing in, China has been honoring its commitment to opening up more sectors for foreign investment.

The move came after the unveiling of the 2019 negative list for market access a month ago, which further cut the number of sectors and businesses that are off-limits to foreign investors.

While charting the course for economic work in 2020 at the Central Economic Work Conference earlier this month, China vowed to further facilitate and protect foreign investment as opening-up will continue to develop on a larger scale and at a deeper level.

With the implementation of these measures, there will be more foreign-funded projects in China as foreign investment will see an optimized environment, Meng said.