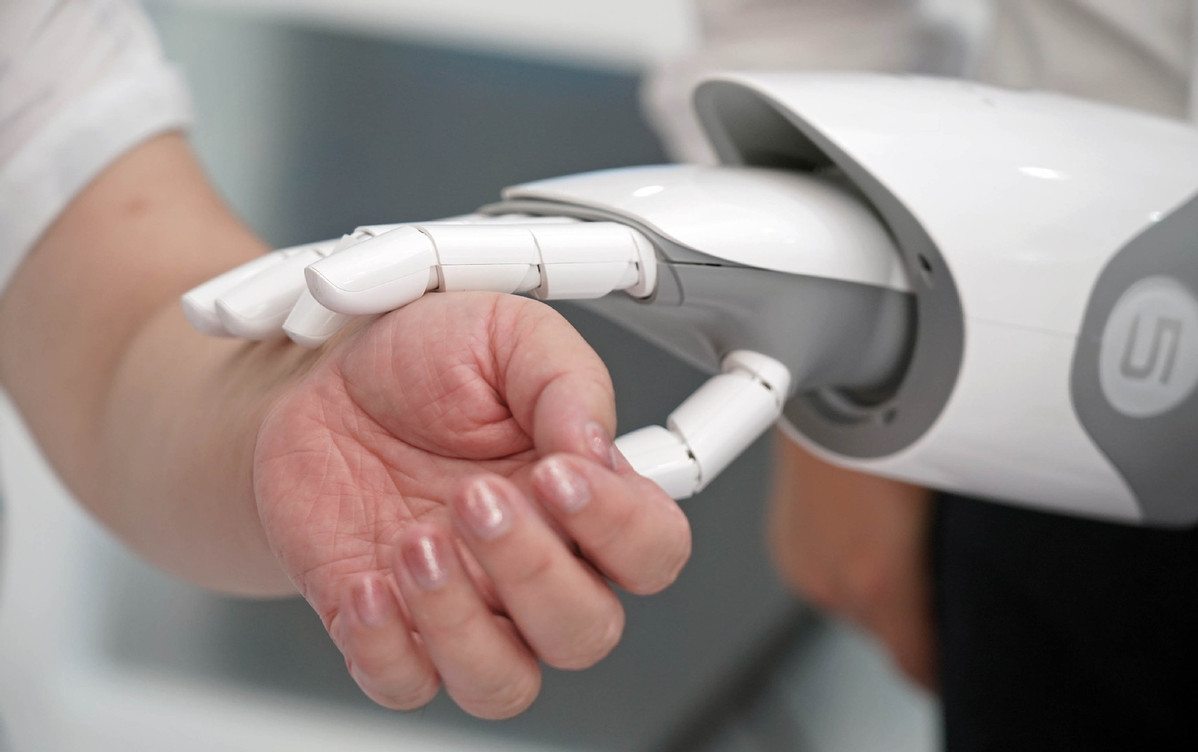 An artificial intelligence robot takes a visitor's pulse at the China International Fair for Trade in Service held in Beijing, on Sept 7, 2020. (Photo: Xinhua)

As of May 24, up to 96 international organizations have confirmed they will attend the 2021 China International Fair for Trade in Services which will be held in September, according to organizers.

Among those participants, more than 30 will hold offline activities and themed events.

Sun Yao, deputy head of Beijing's commerce bureau, said more than 20 well- known companies including Baidu and Qualcomm have confirmed they would attend the fair's forum and release their new technologies and services.

According to the organizers, the fair this year will be held at two venues in Beijing.

Shougang Industrial Park will be one of the venues in addition to the China National Convention Center, where the event is normally held.

Shougang was once a steel factory, but production was recently moved to Hebei province. Now it functions as a cultural and innovation park in the capital.

CIFTIS is the world's largest comprehensive exhibition in the field of global trade in services, and one of China's three major exhibition platforms for the country's opening-up. The other two are the China Import and Export Fair (Canton Fair) and the China International Import Expo.