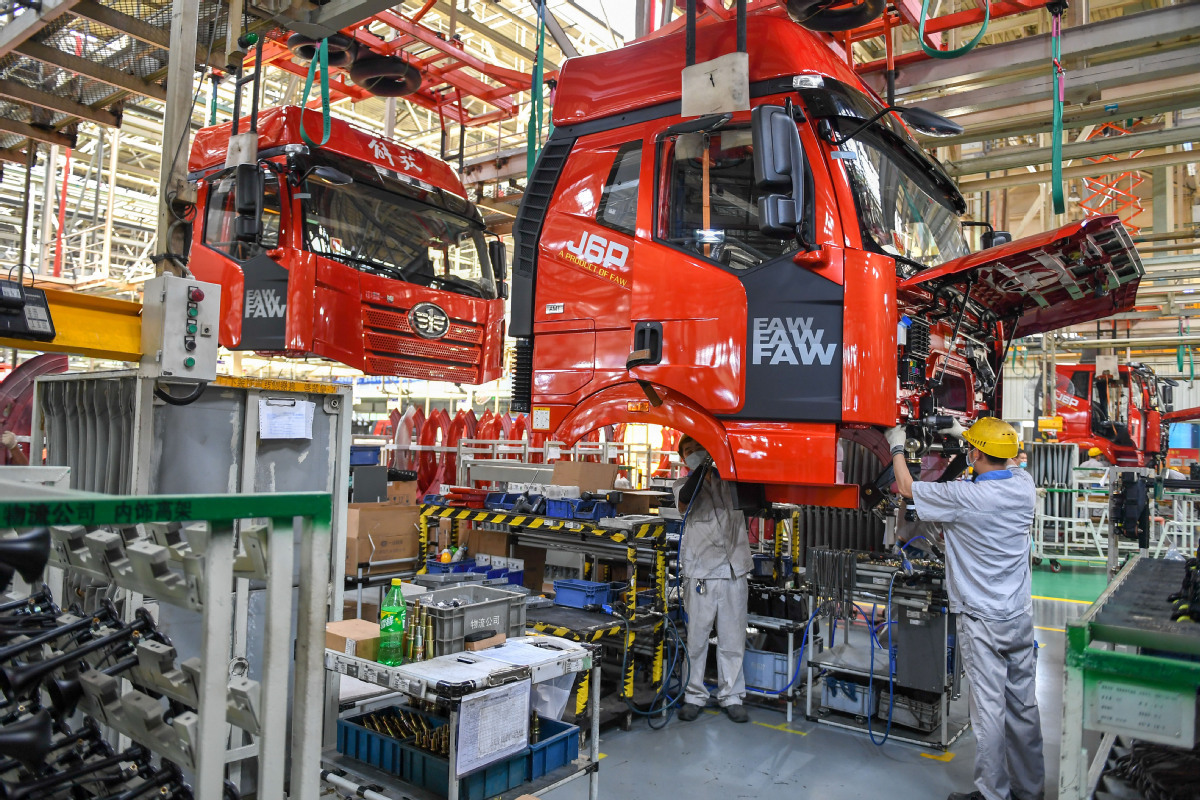 China will promptly implement the nation's three-year action plan for SOE reforms, with 70 percent of the goals completed by the end of this year, said Hao Peng, head of the State-owned Assets Supervision and Administration Commission of the State Council, at a news conference on Tuesday.

The top State assets regulator is working on the 14th Five-Year Plan (2021-25) for centrally controlled State-owned enterprises to determine indicators for future growth to promote high-quality development, according to the news conference.

During the 13th Five-Year Plan period (2016-20), the total profits and net profits of centrally controlled SOEs grew at an average annual rate of 8.8 percent and 9.3 percent, respectively.

Moreover, the centrally controlled SOEs invested a total of 3.4 trillion yuan in research and development, and built more than 3,400 high-quality projects in the countries and regions participating in the Belt and Road Initiative during the 13th Five-Year Plan period.

China optimized the distribution and structure of state capital during the 13th Five-Year Plan period with 24 centrally controlled SOEs in 12 groups completing reorganization, said Peng Huagang, secretary-general of the State-owned Assets Supervision and Administration Commission of the State Council. The number of centrally controlled SOEs was adjusted from 106 to 97.

The top State assets regulator will focus on functions such as strategic security, industry leading, national economy and the people's livelihoods and public service to support the centrally controlled SOEs in restructuring and integration, in accordance with market-based principles to speed up state-owned capital for allocation and structural adjustment, Peng said.

Currently, the centrally controlled SOEs have overseas assets worth 8 trillion yuan, with over 8,000 institutions and projects in more than 180 regions and countries, and the number of overseas employees reached 1.25 million.

The overseas revenue of the centrally controlled SOEs hit more than 24 trillion yuan, with total profits close to 600 billion yuan, and the rate of return on foreign investment reaching 6.7 percent during the 13th Five-Year Plan period, according to information released at the news conference.