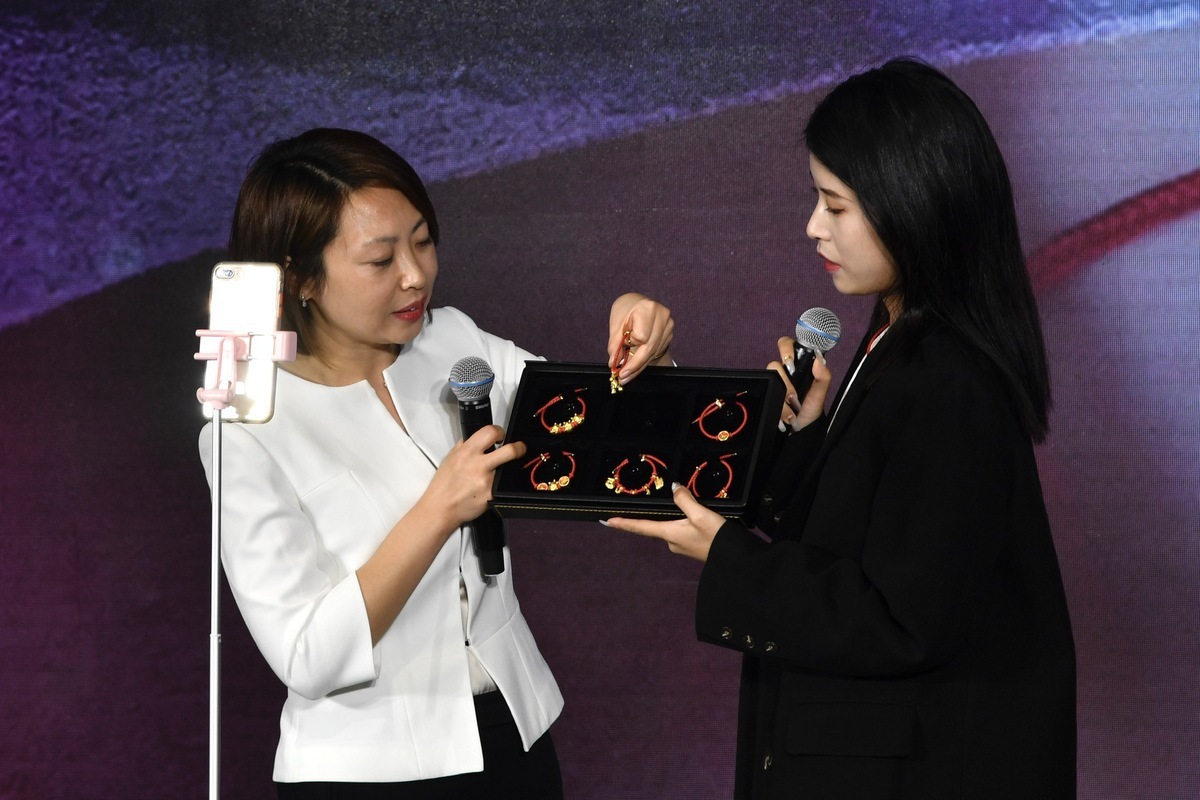 A livestreaming broadcaster (right) and an employee of Caibai Jewelry introduce products through a livestreaming session in Beijing. (Photo: China Daily)

To boost consumption during the COVID-19 pandemic, Beijing municipal government and six major retailing companies in the capital have offered 39 million e-vouchers since June 6, which have helped to realize total revenue of 13.52 billion yuan ($2.09 billion), the city's commerce bureau said on Monday.

In addition to e-vouchers, the authority said offline events held in department stores and shopping centers have attracted many citizens to participate.

On June 6 last year, the day when consumption season was launched, livesteaming events organized by the commerce bureau realized total revenue of 1.4 billion yuan. In November, more than 300 companies in Beijing joined a livestreaming contest to introduce their goods to customers via online apps. More than half of those companies used livestreaming in their promotion for the first time.