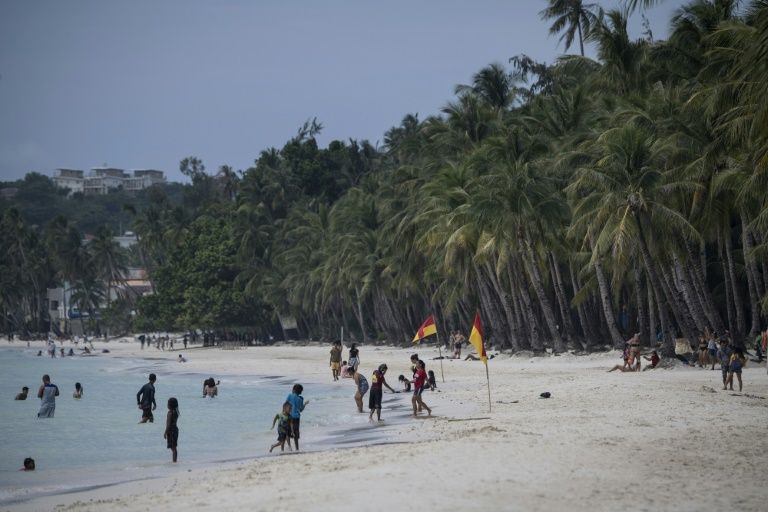 MANILA, Oct. 14 (Xinhua) -- At least 4.8 million Filipinos in the tourism industry have been affected by the COVID-19 pandemic, Philippine Tourism Secretary Bernadette Romulo-Puyat said on Wednesday.

Puyat said the tourism sector employed 5.7 million people in 2019. "As of today, 4.8 million workers have been affected -- either they lost their jobs or their salaries got lower," she said.

The Philippines has slowly begun reopening its destinations for domestic travel with health and safety protocols in place.

Puyat also stressed the need to further reopen the tourism industry. "We have to restart tourism. So many jobs have been lost, and we need to give jobs back," Puyat added.

Puyat said the gradual revival of the tourism industry will bring back jobs and livelihoods to the rural areas, where many tourism products, such as beach, diving, ecotourism, arts, and culture, and farm sites are.

On Oct. 1, the government reopened the world-famous Boracay island resort in the central Philippines.