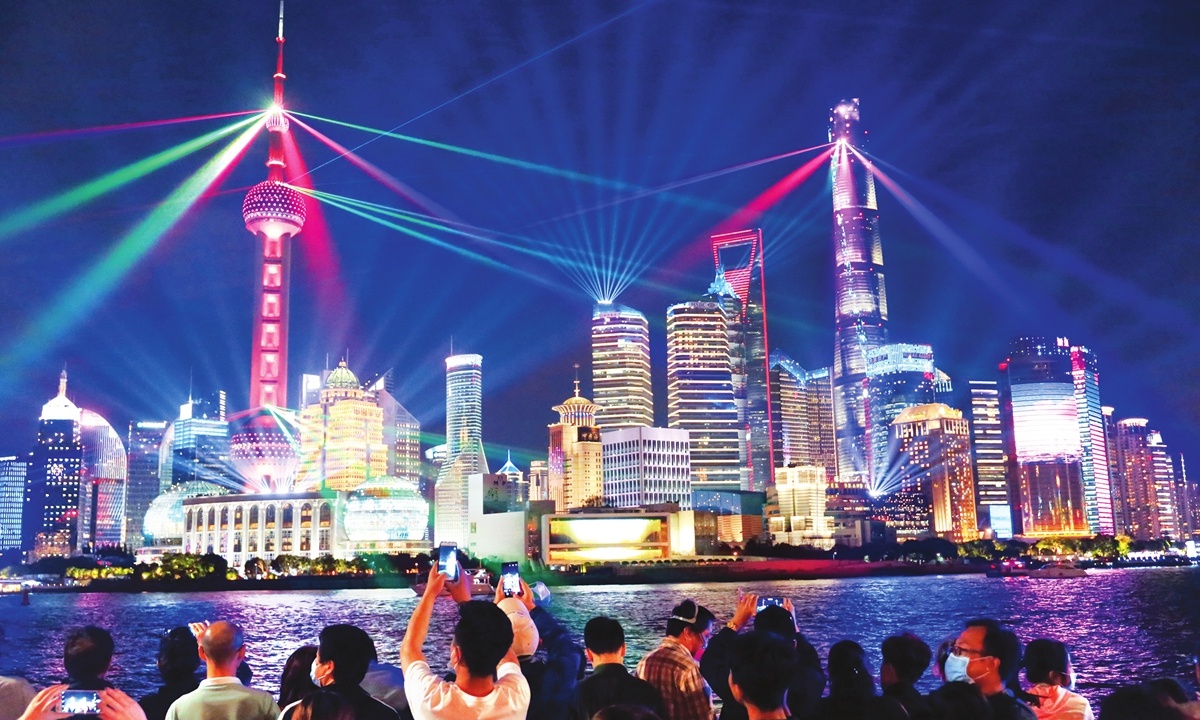 Tourists take photos of a light show at the Bund in Shanghai on Wednesday night during the National Day holidays. Old buildings and modern high rises on each side of the Huangpu River make the Bund a popular tourist spot. Photo: cnsphoto

A certification ceremony for 40 multinational companies was held in Shanghai on Thursday, marking their move to set up regional headquarters and research centers in the city following Shanghai's firm determination to further open up for a high-quality economy.

Shanghai is focused on expanding the spilling effect of the headquarters economy. From January to October, the actual use of foreign capital in Shanghai reached $17.18 billion, up 6.2 percent year-on-year, according to Shanghai authorities.

Among the 40 firms, most of them are from key sectors including four in the biological medicine field, four in information technology, four in auto, four in intelligent manufacturing and three in integrated circuit sector.

Shanghai has kept its tradition to focus on the development of overseas investment. With the impact of COVID-19, the city aims to restart the economy and further support the new "dual circulation" economic development pattern in the post-pandemic era.

Shanghai is already home to a total of 763 multinational companies' regional headquarters and 477 R&D centers, indicating the headquarters economy is an important driving force for high-quality development.

On November 5, the municipal government launched 36 measures to promote high-quality development, in which the city aims to add 40 new regional headquarters for multinational companies annually by improving supportive policies for the headquarters economy and building global supply chain management centers.

Shanghai authorities said the city is expected to carry out measures in December to encourage the building and development of overseas investment R&D centers.