5 ways to assess whether the GOP tax plan is delivering 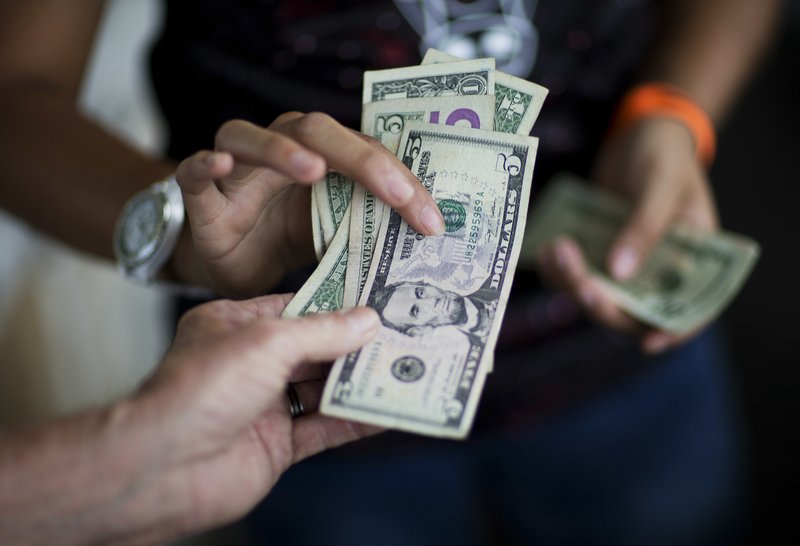 If President Donald Trump and his Republican allies are right, the $1.5 trillion tax cut plan they sped into law last month will make individuals and businesses more prosperous. Paychecks will grow. Stocks will surge further. Consumers will spend more. The economy will accelerate.

Critics counter that the tax plan will mainly enrich the already wealthy and swell corporate profits while leaving most ordinary households with comparatively modest tax cuts — and, eventually, tax hikes.

So how best to judge who’s right?

As soon as summer, it may become clear whether the tax cuts have unleashed stronger consumer spending. But it could take years to know whether many people are enjoying the generous pay raises.

Here are five ways to assess whether the tax plan is delivering on its promises:

ARE YOU SPENDING MORE?

The tax cuts were sold as a way to turbo-charge spending on cars, appliances, home projects and splurges out at restaurants. All that is tracked by the government as retail sales, which are up a decent 4.2 percent year to date.

By February, workers should begin receiving more take-home pay because the tax cut means that a lesser portion of their income will be withheld for taxes. With more money in their pockets, consumers typically spend more. If that pattern holds true again, spending at retailers could begin rising within months.

Yet there’s also the risk that the tax cuts — spread out over 26 paychecks this year — might feel too paltry for some Americans to notice or care enough to step up their spending. Others might be inclined to use their tax savings to pay health care or child care costs, in which case the boost to retail spending — the economy’s primary fuel — might not budge much.

Trump, a billionaire businessman, treats the stock market as an emblem of his success. He boasts frequently about record-high stock indexes as proof that his economic agenda has already cheered investors, emboldened businesses and enriched most Americans.

The Standard & Poor’s 500 stock index has climbed more than 22 percent since Trump’s 2016 election. Many stock analysts have suggested that the stock market has likely priced in much of the higher profits that might result from slashing the corporate tax rate from 35 percent to 21 percent. But Gary Cohn, Trump’s top economic adviser, has asserted that the stock market had yet to fully account for how much the tax cuts would boost profit margins.

Even if stock markets keep rising, it would intensify what critics say the tax cuts would do overall: Reward the rich and neglect pretty much everyone else, thereby further widening the nation’s wealth gap. Less than half of US households own any stocks, even in retirement accounts.

Trump administration officials have asserted that the tax cuts would propel the economy ahead at a sustained 3 percent annual rate year after year, up from a recent annual pace of roughly 2 percent.

Their idea is that companies would invest in new equipment, which would increase worker productivity and wages. Those workers would then spend their windfalls and help accelerate the economy. Trump has gone so far as to forecast annual growth of as much as 6 percent a year — a boast that draws widespread skepticism among mainstream economics.

Trump has said that lower corporate tax rates will draw factories back to the United States from overseas Last month, the president cited an example: The owner of the New England Patriots would be investing in a paper mill.

“A friend of mine, Bob Kraft, called me last night, and he said this tax bill is incredible,” the president said. “And he said, based on this tax bill, he just wanted to let me know that he’s going to buy a big plant in the great state of North Carolina, and he’s going to build a tremendous paper mill there.”

The government monitors the manufacturing sector’s performance, so any changes will become evident in that data over the next few years.

IS YOUR PAY UP?

Almost no mainstream economist envisions anything close to that much pay growth. A number of companies, including AT&T, Comcast and Wells Fargo, have recently paid bonuses to employees — as a result, they said, of the lower tax rates. But most Americans will know if the corporate tax cuts are helping them only if some of the tax savings goes into significant pay increases, not just one-time bonuses. The best measure on a month-by-month basis comes from the government’s jobs report: Average hourly earnings.

Some economists say it could take more than a year to meaningfully assess whether the tax cuts have raised worker pay broadly. But Hassett told The Associated Press that the tax cuts could be the very spark needed to ignite higher wages.

“It’s precisely now that we buy insurance for that wage growth with a big tax reform,” he said.