BUSINESS 5G coming in three years, half of users will be Chinese

5G coming in three years, half of users will be Chinese

5G will be with us by 2020. China is expected to be a global leader in the fastest ever cellular technology. 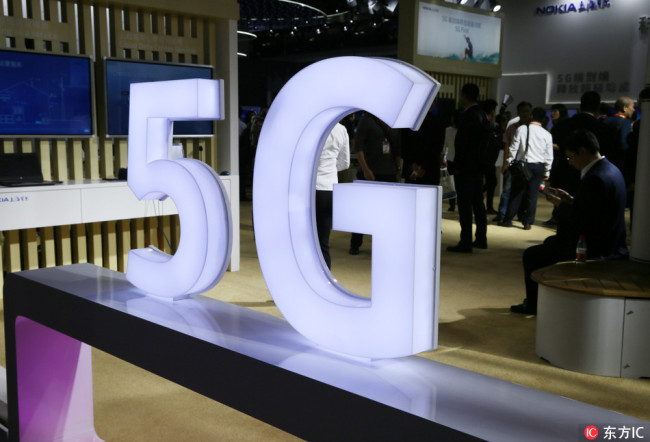 Even five years ago, it was unthinkable that I'd ever be able to get a 3G connection fast enough to do anything really useful.

Yet now, half a decade later, I'm filing this report via a 4G link due to a network outage. It seems a fitting example for the way in which wired internet connections have quickly become dispensable - and will surely become superfluous with the dawn of 5G within the next three years.

Earlier this week, we reported that an astonishing 77 percent of Chinese internet access comes from mobiles, a fact which reflects both the advanced state of the Chinese mobile telephone networks and a very high uptake of smart devices amongst Chinese people.

Perhaps it shouldn't be a surprise, then, that new research has suggested that China will be a global leader in 5G, and over half of all users of the technology will be Chinese.

That research comes from British-based market research company CCS Insight, who suggest that there will be a billion 5G users globally by 2020.

Chinese company Huawei is expected to be one of the leading developers of the necessary infrastructure, so it follows that China will be an early adopter.

CCS Insight also suggests that China will be pushing for international agreements at an early stage to adopt a unified approach to 5G.