The integration of 5G and the industrial internet will accelerate the building of a digital China and a smart society as well as the process of China's new industrialization, President Xi Jinping said in a congratulatory letter to an industrial conference that started on Friday in Wuhan, Hubei province. 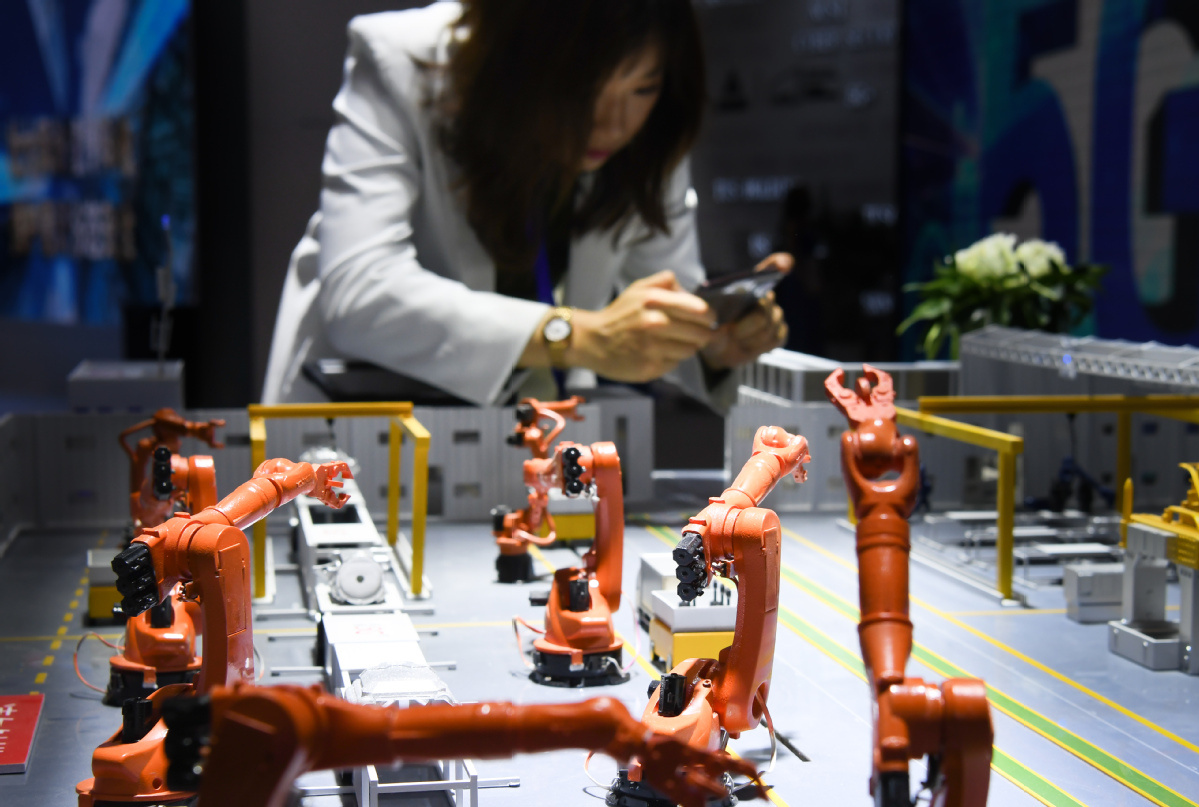 Xi said such integration will inject new impetus into China's economic development and create new development opportunities for a world economy in the shadow of the pandemic.

Xi stressed that it is of special significance that the China 5G + Industrial Internet Conference is being held in Wuhan. He expressed hope that Hubei province and Wuhan will use the conference as an opportunity to carry forward the great anti-epidemic spirit, promote the development of the digital economy and contribute to high-quality economic development and the building of a new development paradigm.

Xi said he hopes participants of the conference deepen exchanges and enhance cooperation to better empower the real economy, serve society and benefit the people.

While addressing the conference's opening ceremony via video link, Vice-Premier Liu He said that Hubei has maintained good momentum in the development of advanced manufacturing and the digital economy in the past few years.

Liu said Hubei should seize the opportunities and give full play to its comparative advantages while accelerating the development of 5G and the industrial internet and modernization of the industrial chain.

The conference, which ends on Saturday, is being held in the Wuhan East Lake High-Tech Development Zone, also known as the Optics Valley of China. It comes as China has made strides in developing the industrial internet, which refers to the broader adoption of advanced technologies such as 5G, big data, artificial intelligence and the internet of things to boost industrial efficiency.

Xiao Yaqing, minister of industry and information technology, the nation's top industry regulator, said China has over 1,100 projects that focus on implementing the integration of 5G and the industrial internet.

"A wide range of applications have emerged, such as using machine vision technologies to automatically inspect industrial products or harnessing 5G for use in remote controls. Such integration is making manufacturing digital, internet-connected and smart," Xiao said.

China's rapid 5G rollout has laid a sound network infrastructure for better use of the industrial internet, he said. The nation has built nearly 700,000 5G base stations, about twice the amount in the rest of the world.

Zhao Houlin, secretary-general of the International Telecommunication Union, said via video link that China has built the largest commercial 5G network, and the nation's consumer internet and industrial internet have also entered the fast lane, putting China among the leaders in innovation and development.

Zhu Yanfeng, chairman of Dongfeng Motor, a major carmaker based in Wuhan, said, "The application of 5G and the industrial internet has helped the company shorten its entire product development cycle from 36 months to 24 months."