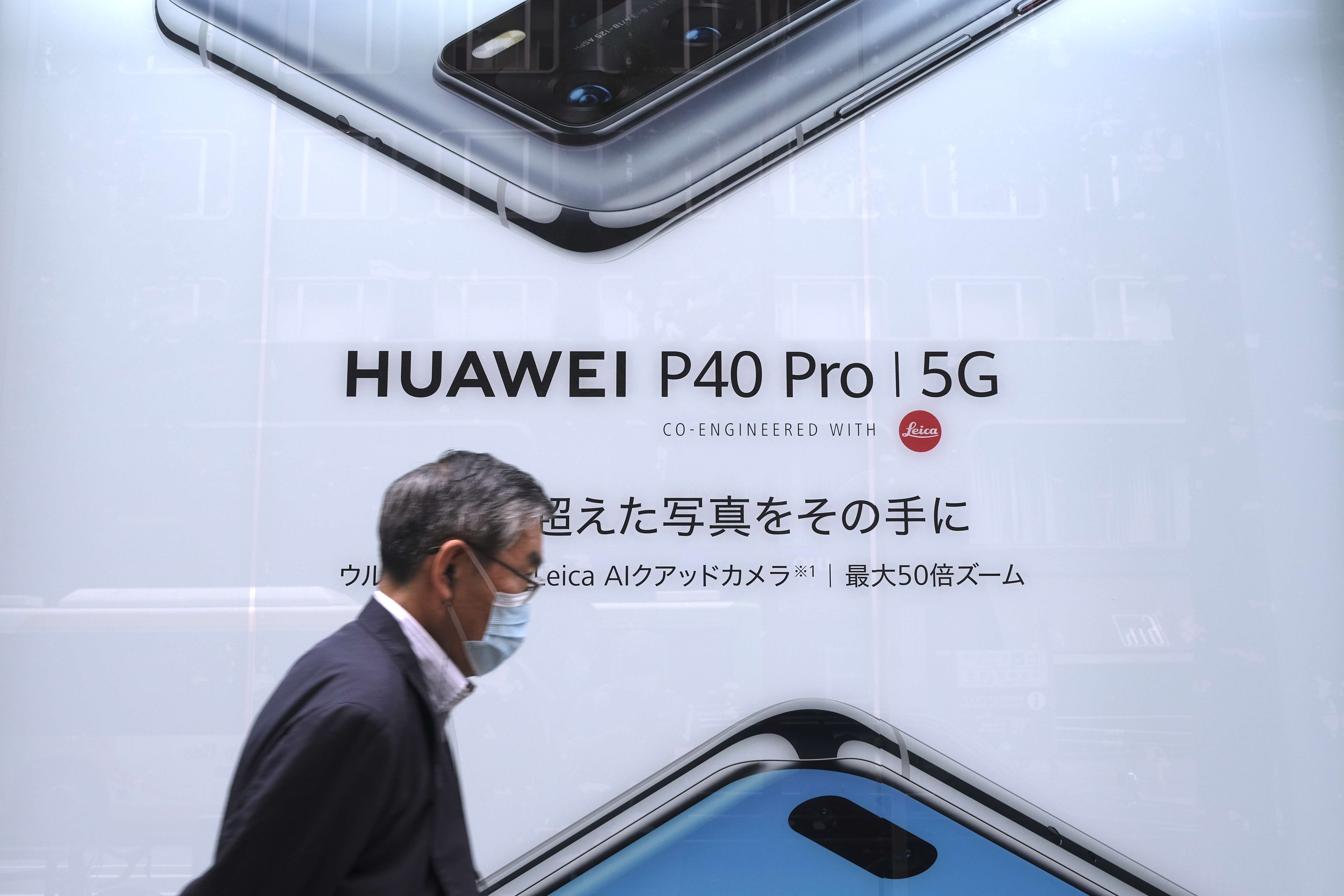 In this picture taken on June 27, 2020, a man walks past an advertisement for the latest smartphone by Chinese telecommunications company Huawei in Tokyo. (Photo: AFP)

China has established more than 700,000 5G base stations since the country greenlighted the commercial use of 5G in 2019, said the white paper from the China Academy of Information and Communications Technology.

Promising faster connection speeds, wider broadband and lower latency, the 5G network is regarded as the "infrastructure" for a variety of next-generation digital technologies, including artificial intelligence, virtual and augmented reality and driverless vehicles.

Noting China's 5G network has not yet achieved nationwide coverage and its supporting industries are still in infancy, the white paper said the 5G industry will enter a critical development period over the next two to three years.

"5G applications will be commercially available step by step during the period," said Liu Duo, head of the academy.