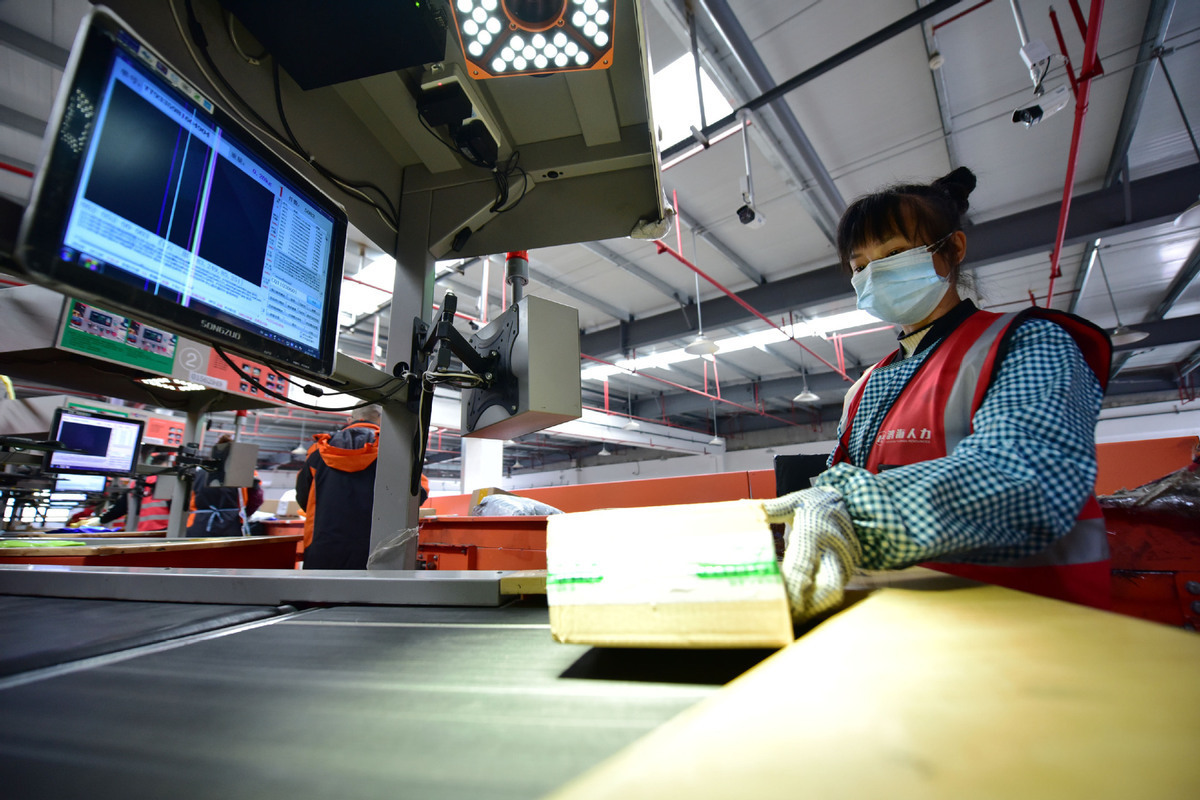 China handled 660 million packages during the weeklong Spring Festival holiday starting Feb 11, an increase of 260 percent over the same period last year according to the country's State Post Bureau on Thursday.

Parcel collection in the whole delivery network was about three times that of the same period last year, and delivery volume was three to four times as much.

The central region of China had the fastest year-on-year growth both in package collection and delivery, with a surge of 359 percent and 260 percent respectively. Provinces like Henan, Jiangxi, Guangdong and Zhejiang all reported over 300 percent yearly increases in parcel pickup and delivery, according to the bureau.

Over 1 million couriers worked during the Spring Festival holiday to ensure the sector's operation.

The proportion of e-commerce parcels increased significantly compared with the same period last year, according to the bureau. The business volume of large-size goods saw rapid growth, and major cities showed a stronger demand for parcel delivery.

Most of the packages during the holiday were food, agricultural products and specialties as well as gifts sent to relatives and friends, said Wang Feng, a director at State Post Bureau.