Chinese think tanks performed better in 2018, with seven among the world's top 100 according to a recent international report.

The 2018 Global Go To Think Tank Index Report was published by the Think Tank and Civil Societies Program at the Lauder Institute of University of Pennsylvania on Thursday in more than 100 cities around the world.

The United States has more think tanks than any other country with 1,871, followed by India with 509 and China with 507.

US-based think tanks took five of the top 10 positions, with the Brookings Institution being ranked on top. The French Institute of International Relations ranked second, while the Carnegie Endowment for International Peace stood at third.

Other Chinese think tanks that made it to the top 100 are the Development Research Center of the State Council at 60th, Institute of International and Strategic Studies at Peking University at 81st, the Center for China and Globalization at 94th and the Shanghai Institute for International Studies at 96th. 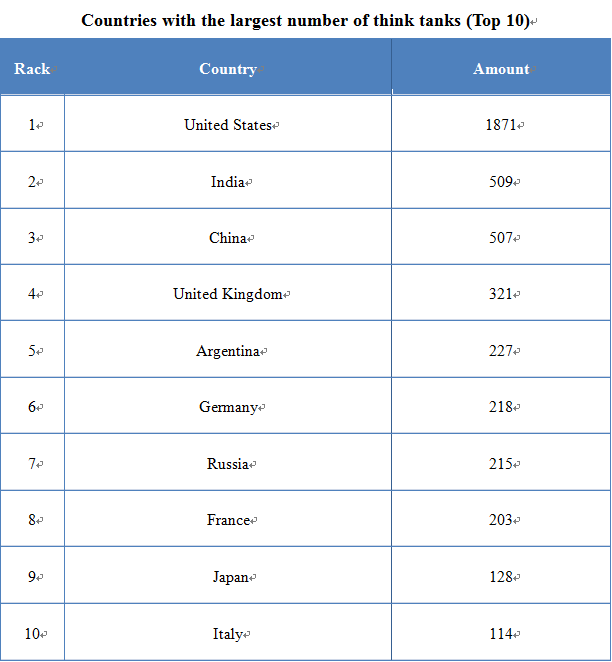 At the same time, the report put forward suggestions for the future development of think tanks.