7 Midwest states in US to partner on reopening the economy 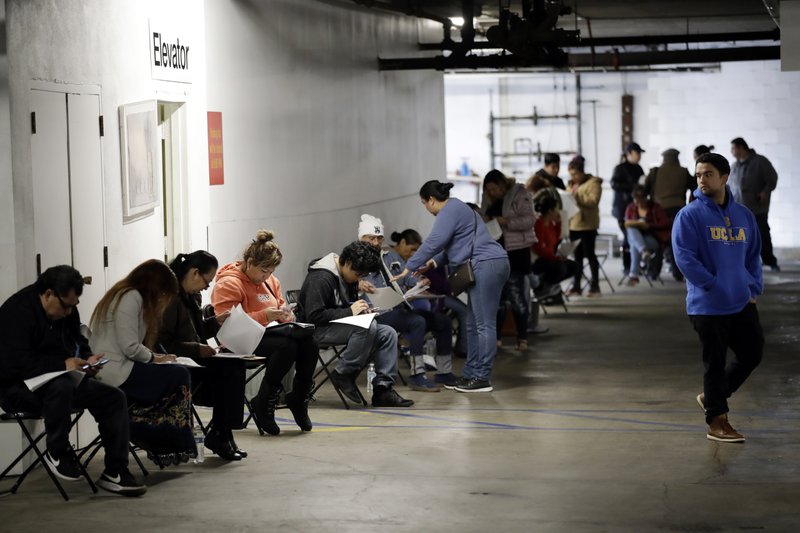 In this March 13, 2020 file photo, unionized hospitality workers wait in line in a basement garage to apply for unemployment benefits at the Hospitality Training Academy in Los Angeles. (Photo: AP)

Seven Midwestern governors announced Thursday that they will coordinate on reopening their state economies, after similar pacts were made in the Northeast and on the West Coast.

“We look forward to working with experts and taking a fact-based, data-driven approach to reopening our economy in a way that protects families from the spread of COVID-19,” the governors said. “Our No. 1 priority when analyzing when (is) best to reopen our economy is the health and safety of our citizens.”

The alliance of states in the Midwest joins two others that were announced earlier in the week: one on the West Coast and one in the Northeast. All together, the 17 states covered by the three pacts are home to nearly half the U.S. population.

Ohio’s role in the agreement was unclear. A spokesman for Gov. Mike DeWine said his comments from Wednesday still stand.

“We have no formal agreements or compacts at this time,” Dan Tierney said Wednesday. But he said DeWine is in regular communication with governors of surrounding states to share information, strategy and resources. That included a three-way phone call with the governors of Kentucky and Indiana and a text exchange with Michigan Gov. Gretchen Whitmer.