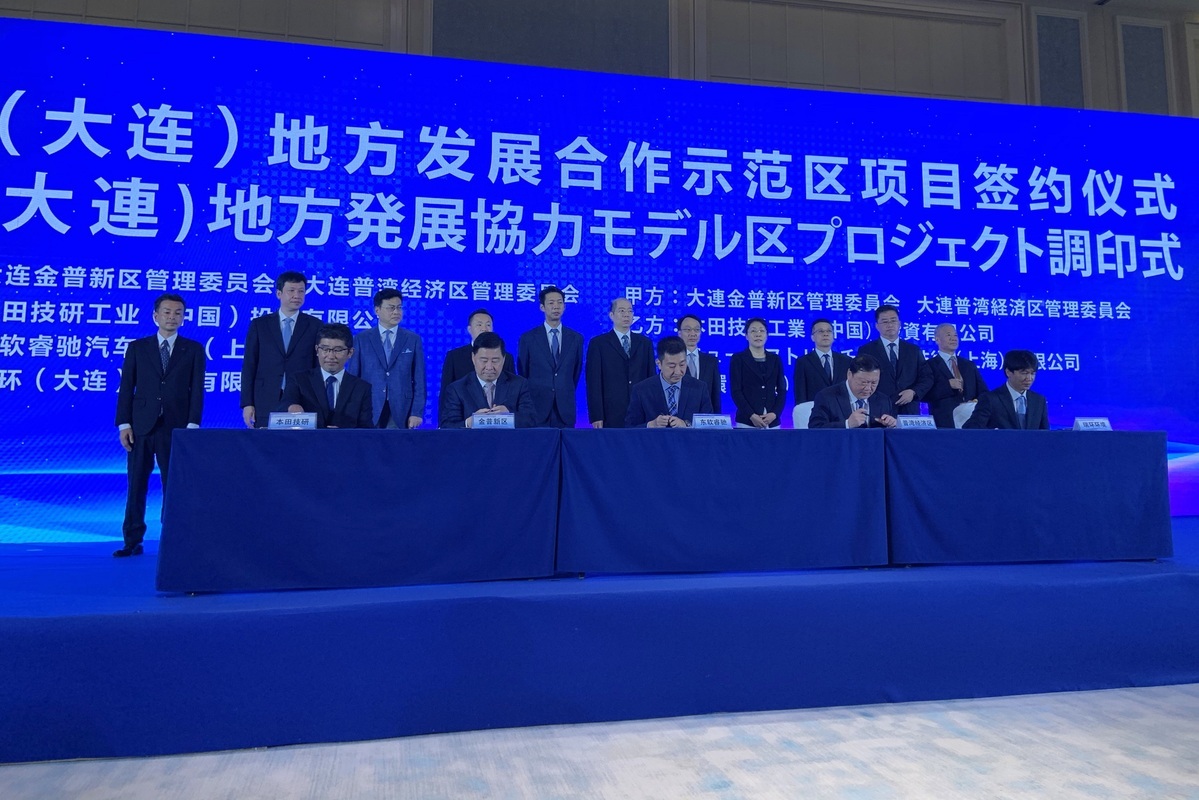 Contracts for eight key projects were signed during the opening ceremony of the China-Japan (Dalian) regional development cooperation demonstration zone on Monday in Dalian’s Jinpu New Area in Liaoning province.

Tan said Japan has become Dalian’s largest trading partner and a major source of foreign investment. Dalian, after Shanghai and Bangkok, has become the third-largest city with the most Japanese enterprises in the world.

“We have every reason to believe that these advantages will be enhanced and expanded with the establishment of the demonstration zone in Dalian, which will help the city to become a dynamic and attractive place for foreign investment,” he said.

The demonstration zone in Dalian will build cooperation platforms for technological innovation, industrial docking and financial services to strengthen cooperation with Japan and drive industrial transformation and upgrades in Northeast China.