BUSINESS A decade after recession, a jump in US states with wage gains

A decade after recession, a jump in US states with wage gains 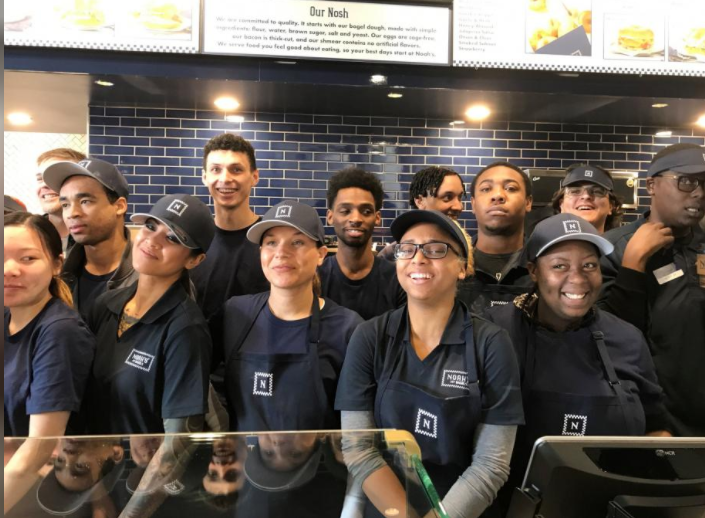 The kind of pay raises for which American workers have waited years are now here for a broadening swath of the country, according to a Reuters analysis of state-by-state data that suggests falling unemployment has finally begun boosting wages.

Average pay rose by more than 3 percent in at least half of U.S. states last year, up sharply from previous years. The data also shows a jump in 2017 in the number of states where the jobless rate zeroed in on record lows, 10 years after the financial crisis knocked the economy into a historic recession.

The state-level data could signal an inflection point muffled by national statistics.

Over the past four years, the U.S. economy added 10 million jobs and the overall unemployment rate fell to its lowest level since 2000. Yet wages have disappointed.

The disconnect has puzzled economists at the Federal Reserve, frustrated politicians concerned about rising inequality, and held regular Americans back, even as businesses have benefited and stock markets have surged, particularly in the first year of U.S. President Donald Trump’s presidency.

Trump says his tax cuts and regulation rollbacks are lifting business sentiment, and in an upbeat address to Congress on Tuesday, he said Americans “are finally seeing rising wages” after “years and years” of stagnation.

Indeed, average hourly earnings were up 2.9 percent in January year-on-year, the biggest rise in more than 8-1/2 years but still less than the 3.5 percent to 4 percent economists say would be a sign of a healthy economy.

The Reuters analysis and interviews with businesses across the country do show wage increases in industries ranging from manufacturing to technology and retail. Executives are mixed, however, on how much to credit Trump after several years of job growth that has chopped nearly six percentage points from the unemployment rate since its peak of 10 percent at the height of the 2007-2009 recession.

“Everyone in the building knows that they can leave and make more money,” said Michael Frazer, president of Frazer Computing, which provides software to U.S. used-car dealers from its offices in northern New York state. In response he raised wages by 6.1 percent at the end of 2017, up from 3.7 percent the previous year.

In Portland, Oregon, software provider Zapproved now hires coding school graduates and spends up to three months training them because the experienced software developers it used to hire have become too expensive. And still, CEO Monica Enand says she gives her developers twice-yearly raises “to make sure we are in the market for pay.”

The Reuters analysis of the most recent data available found that in half of the 50 states, average hourly pay rose by more than 3 percent last year. That’s up from 17 states in 2016, 12 in 2015, and 3 in 2014. Average weekly pay rose in 30 states, also up sharply from prior years, the analysis showed.

Unemployment rates are near or at record lows in 17 states, including New York, up from just five in 2016, the Reuters analysis shows.

California, Arkansas, and Oregon were among those both notching 3-percent-plus wage gains and plumbing record-low unemployment rates. This broadening of benefits to U.S. workers comes as robust global growth pushes up wages from Germany to Japan.

In California, home of Noah’s New York Bagels, more than half of its 53 stores now pay their new hires more than the legal minimum wage, twice as many as in mid-2017.