BUSINESS A healthy way of nursing the world

A healthy way of nursing the world 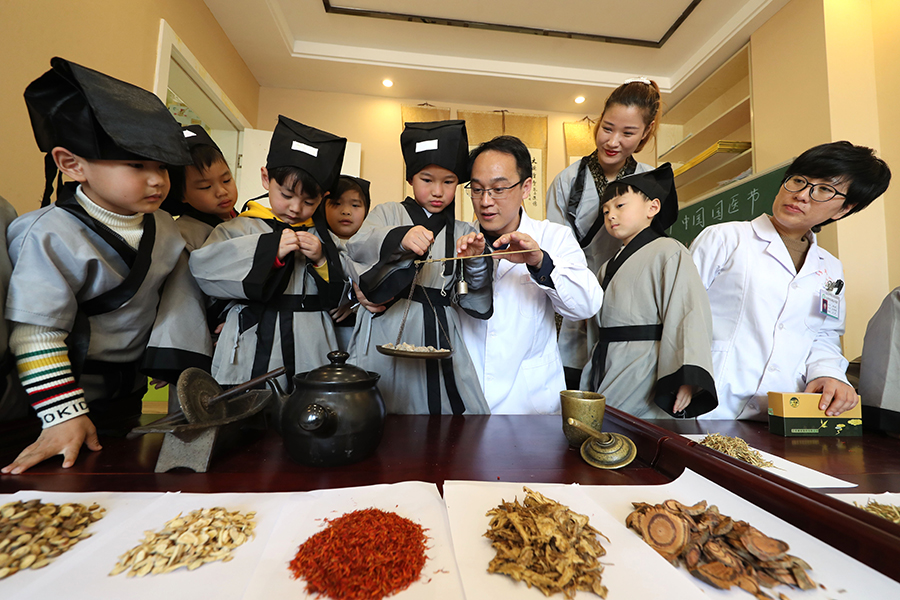 Doctors of traditional Chinese medicine show children from a kindergarten in Fuzhou, Jiangxi province, how to recognize different types of herbs and the tools. (Photo: China Daily)

More than 3 trillion yuan ($434 billion)－that's the estimated annual sales revenue of the traditional Chinese medicine or TCM market by 2020, up more than 71 percent from 1.75 trillion yuan in 2017, a recent report said.

Released by the State Council Information Office, the report on the TCM industry appears to suggest China's relatively new TCM law, which took effect in July 2017, may be not only regulating the hitherto informal sector better but transforming it into a fast-growing, potentially economy-boosting sector, with an annual compound growth rate of 20 percent.

That's not all. TCM is going global rapidly, as if to make amends for lost time, and to present a worthy alternative to other medicinal systems that appear to have failed to find lasting cures to the world's most troubling diseases. TCM will also seek to create value through alliances with similar systems in other countries.

More than 100 member countries of the World Health Organization are now able to use acupuncture, among which 29 have established laws to regulate TCM, and 18 have included acupuncture in their medical insurance system.

"The world needs TCM. Nowadays, people are adopting quality lifestyles in the wake of complex diseases relating to poor lifestyle choices in the past. When treating these diseases, Western medicine has its limitations. This is where TCM becomes crucial," said Zhang Boli, an academic at the Chinese Academy of Engineering.

The TCM boom, industry insiders said, can be attributed to China's "Internet Plus" program and modern processing technologies. These are making the most of the ongoing consumption upgrade, which is characterized by people's emphasis on quality and health, and finds reflection in the rising sales of both products and services, including those of the TCM industry.

The TCM ecosystem has been evolving over the last few years, with the industry sensing potential for big future growth in healthcare, rehabilitation and disease prevention.

Take for example the market for prepared slices of Chinese crude drugs. Data from the Ministry of Commerce showed that in 2018, the market was worth 273.4 billion yuan, up 17 percent year-on-year, which made it the fastest-growing TCM sub-category. 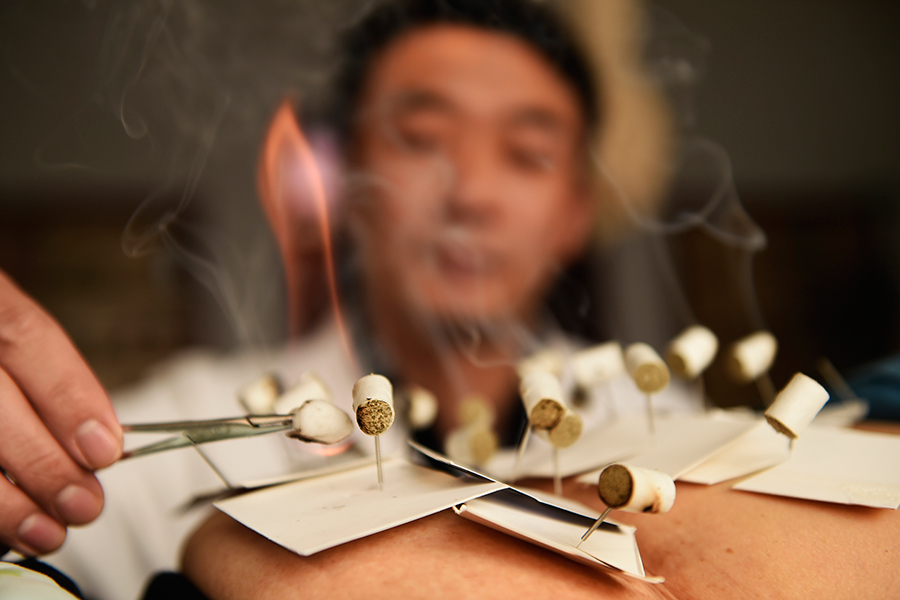 Even globally, TCM is gradually entering the international medical system, and is registered in many countries and regions such as Russia, Cuba, Vietnam, Singapore and the United Arab Emirates. Over 30 countries and regions have established hundreds of TCM schools, to cultivate local TCM talent.

"TCM has become an important part for trade cooperation between China and the Association of Southeast Asia Nations, the European Union, Africa, and Central and East Europe. It is an important part of China's cultural exchanges with the rest of the world, and also a perfect platform for China and other countries and regions to jointly safeguard world peace, enhance human well-being and build a community of shared human destiny," said the report.

Miloslav Ludvik, minister of health of the Czech Republic, said: "I don't think there is anything that can stop us from including TCM into the country's medical insurance system. I am confident that in the future, TCM will have spacious room for development in the Czech Republic."

In June 2015, the first TCM center in Central and East Europe was founded in the Czech Republic, supported by both the local government and China.

At this center, Chinese staff and technicians offer strategic support, while the Czech Republic provides help in operating the site and with local laws and regulations.

By last September, the center had treated 26,000 patients from the Czech Republic, covering from migraine, tinnitus and deafness, sinusitis, to anxiety and insomnia, stroke and skin diseases.

On Aug 1, China's National Administration of Traditional Chinese Medicine disclosed that it will launch easy-to-use navigation bars on government websites and the website of the China News of Traditional Chinese Medicine to display information about key TCM hospitals and experienced practitioners nationwide before the end of this month, to further improve the accessibility of TCM services among the public.

While asking for one-stop before-treatment services to be put in place before the same deadline, the circular used TCM hospitals at and above the provincial level to offer at least three methods of making reservations via WeChat, mobile applications, websites, telephone, self-help machines or service windows in hospitals before the end of December.

Both the government and private enterprises should increase investment in research and development to encourage innovation in TCM.

Liu Yanhua, former vice-minister of the Ministry of Science and Technology, said: "TCM is the field with the most potential and possibility for innovation. Its independent innovation is not only key to the development of Chinese medicine itself but will likely shape China's breakthroughs in medicine and life sciences. TCM innovation can help Chinese science and technology to go global."

Chen Qiaoshan, a medical analyst at Beijing-based market research consultancy Analysys, said: "TCM is becoming increasingly popular in the world because it is expanding its presence on the global stage. International medical assistance gives the world a chance to know about TCM and to approve its curative effect, while TCM training schools overseas, such as the Confucius Institutes, build local people's trust in TCM. Furthermore, the Belt and Road Initiative boosts international exchanges in the TCM field."

She noted the next step should be the development of TCM standards because it is hard to integrate TCM into existing Western medicinal systems. "More importantly, we should get the Western world's approval of the standard TCM system, which may take time. After all, it is a completely different system from the West. Communication and cooperation between Chinese and Western doctors are needed."