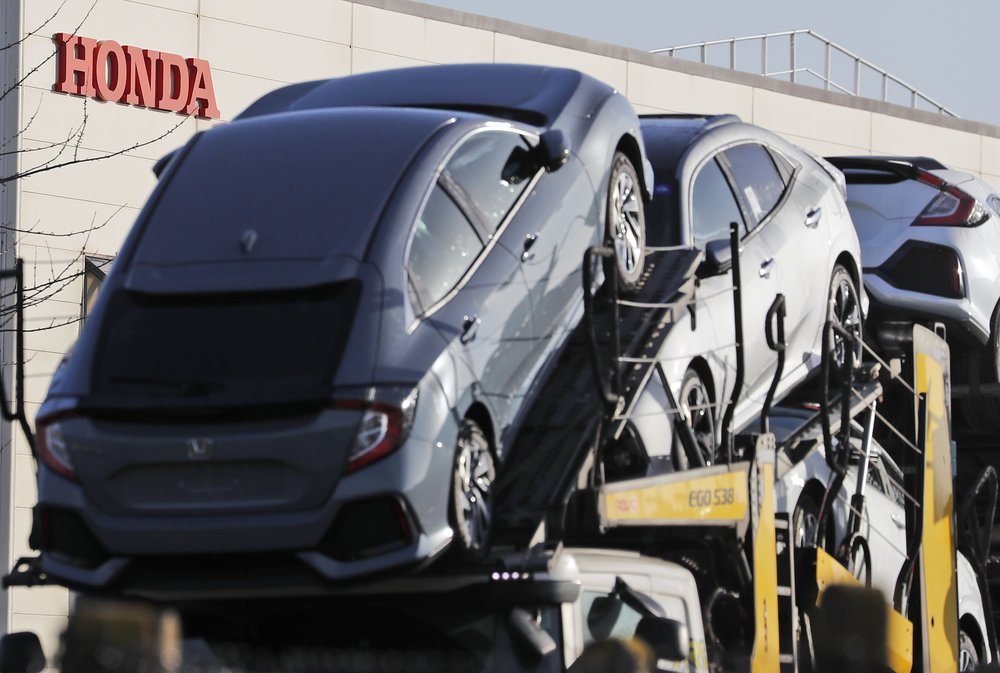 Honda’s decision to close a plant in Britain comes at a time when businesses are worrying about the potential impact of the country’s looming departure from the European Union.

Here’s a look at companies and organizations that have announced in recent months they would shift operations out of Britain or cut jobs or business in the country.

P&O - ferry operator to register fleet under flag of Cyprus, an EU member

Sony - electronics maker to move European base to Amsterdam

Jaguar Land Rover - most of 4,500 global jobs cut to be made in Britain

Multiple banks - HSBC, Barclays, JP Morgan, Bank of America, Goldman Sachs among those that will move hundreds of jobs to Frankfurt, Dublin or Paris