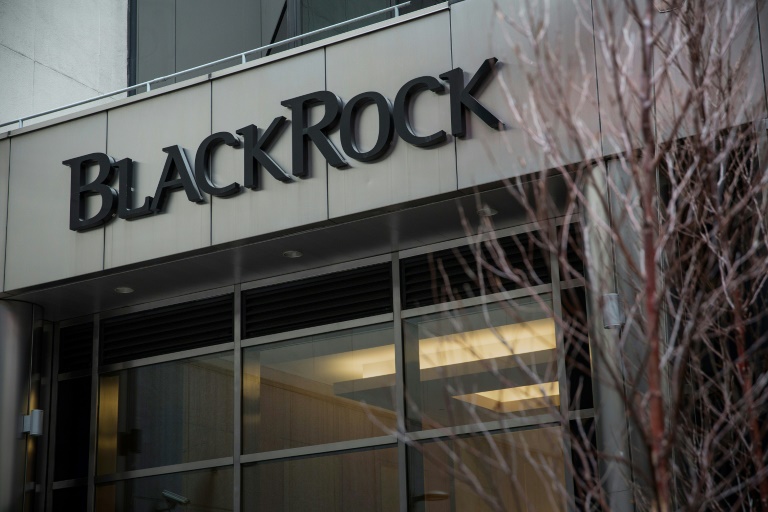 BlackRock, sometimes called the most powerful company you have never heard of, has grown exponentially since its founding in 1988, especially since the 2008 financial crisis.

The company has been seen as a shadowy potential beneficiary of the French government's controversial pension system changes by critics of French President Emmanuel Macron.

The New York-based financial behemoth is often described as the world's largest asset manager -- a company which oversees investments for clients.

BlackRock offers a range of investment products and services to institutional clients like banks as well as average investors among the public.

As of the end of September, the company had almost $7 trillion under management and about 16,100 employees in more than 30 countries.

Its success is due partly to products that are relatively cheap and easy to invest in.

BlackRock is a giant in managing retirement plans and, through the iShares family, is the largest provider of exchange traded funds -- investments that are traded like stocks but which themselves contain other securities (such as bonds, commodities and other stocks).

How it has grown

Founded by Chief Executive Larry Fink and other former colleagues from the former investment bank First Boston, BlackRock's was originally part of the Blackstone Group.

Blackstone sold its stake in BlackRock to the Pittsburgh bank PNC in 1996 for $240 million following disagreements between Fink and Blackstone chief Stephen Schwarzman, who has since called the divestment his worst business decision.

BlackRock went public in October 1999 and ended that year with $165 billion in assets. Since then, acquisitions have played a central role in its meteoric rise.

Key transactions have included a 2006 deal to take control of Merrill Lynch Investment Management for more than $9 billion and a takeover of Barclays Global Investors for $13.5 billion in 2009 as the British company was teetering during the financial crisis.

Fink has said the 2008 crisis made possible the company-transforming Barclays deal.

BlackRock charges fees based on a percentage of assets under management and, in some cases, performance fees.

Revenues also come from commissions for trading and technology services. The company holds more than $4 billion of its own investments.

BlackRock's growth is tied to its ability to attract clients through innovative investment vehicles, some of which are tied to its proprietary Aladdin platform.

In 2018, the company reported $4.3 billion in profits on $14.2 billion in revenues. About two-thirds of the firm's assets under management were in the Americas.

Although not as well known by the general public as JPMorgan Chase's Jamie Dimon and some other CEOs, Fink has been viewed as among the most central figures in global finance.

During the 2008 financial crisis, he reportedly advised both top bank CEOs and US Treasury and Federal Reserve officials on what to do.

A 2010 Vanity Fair profile described Fink as essentially "the leading manager of Washington's bailout of Wall Street," overseeing toxic assets that the government took control of during bailouts.

Fink has been outspoken on some important investment debates, ruing the "short-termism" of Wall Street's investment ethos in a widely-distributed 2015 letter to CEOS that urged companies to emphasize long-term growth and not cave to investor pressure for quick payoffs.

More recently, BlackRock has spoken out on the need for more forceful action on guns following mass shootings in the United States, unveiling exchange-traded funds and other investment products in 2018 that exclude gun makers and retailers.

The company last year launched a major organizational overhaul as it runs hard to maintain its leadership in anticipation of a successor to Fink, who is 67.