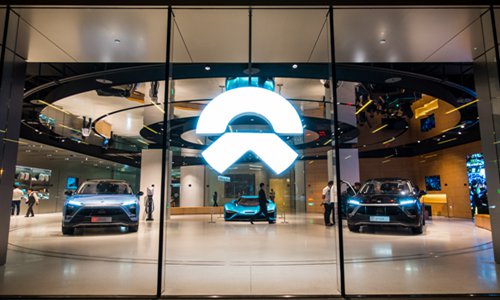 A test car from Chinese electric-vehicle maker Nio has reportedly plunged from the fifth floor of its headquarter building in Shanghai and crashed topside down, resulting two people in the car dead, according to thepaper.cn on Thursday.

The report said the accident happened Wednesday afternoon. The two people were rushed to hospital for emergency treatment, with one confirmed dead on Tuesday and the second died Wednesday morning.

Judging from leaked on-site photos, the vehicle involved is suspected to be a test vehicle, with the top of the vehicle landing first, the roof sunken, and the body is surrounded by smashed white cement walls, according to nbd.com.cn.

Shanghai Securities News reported that the crashed car is a model ET5, which has not yet been delivered.