BUSINESS A relay for life protection from Shenzhen to Boston

A relay for life protection from Shenzhen to Boston 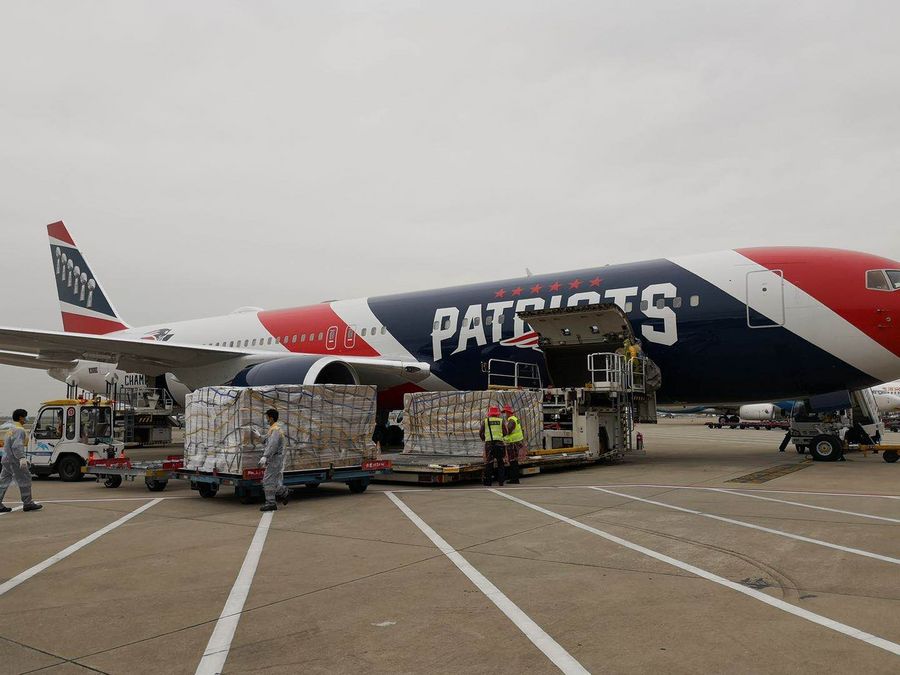 The handoff between the two "players" across the Pacific Ocean, however, was 1.2 million protective masks for American medical staff combating the novel coronavirus disease (COVID-19).

"Global cooperation is about the well-being and future of mankind. As the world comes together to fight against novel coronavirus, Tencent believes that international cooperation and teamwork are more essential than ever before," Martin Lau, President of Tencent, told Xinhua. 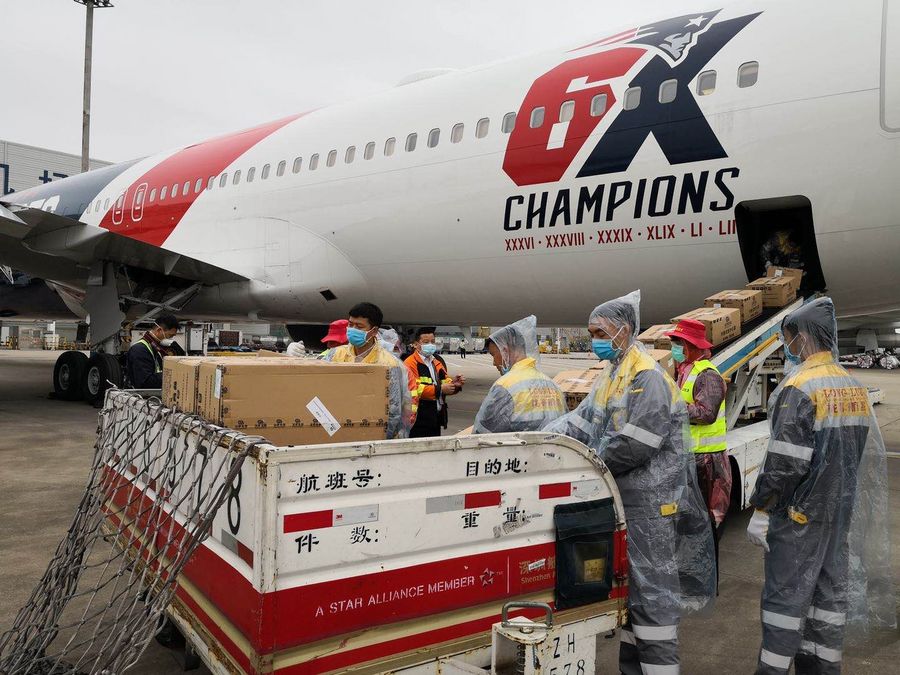 It all started on March 27 when Lau received an appeal for help from Mark Schwartz, a trustee at Massachusetts General Hospital and New York Presbyterian Hospital.

Schwartz said in the message that Massachusetts had ordered a shipment of protective medical supplies in China that needed to be shipped from Shenzhen, where Tencent is headquartered, according to Lau.

"Mark hoped that Tencent could help with the emergency transportation," Lau said.

Tencent and the NFL inked an agreement of a three-year strategic partnership in 2017. The tech behemoth with a market value of more than 500 billion U.S. dollars has become the exclusive official partner of the NFL's digital media in China.

Neither side could have imagined this would lead them to a crucial cross-border humanitarian operation one day.

By the time Lau read the message, a Boeing 767 painted red, white and blue and stamped with "Patriots" was on standby in Anchorage, Alaska, the United States, ready to fly to Shenzhen for the shipment.

The plane belongs to Jonathan Kraft, chairman of the board of directors of Massachusetts General Hospital, who is also president of the New England Patriots of the National Football League (NFL).

"We came to realize it would never be easy," said Lau. What used to be a routine cross-border air transport has become difficult as restrictions on the movement of people across borders have been tightened globally, as were international flights to control the spread of the disease.

Some American airlines suspended flights to and from the Chinese mainland in early February. China has cut international flights operated by both domestic and international airlines since March 26.

In addition, landing a 200-seat Boeing 767 as a business jet in China goes beyond its normal limit of 30 seats for the kind, not to mention amid the outbreak.

Thanks to the Chinese Foreign Ministry and the Chinese Consulate General in New York, as well as relevant U.S. government channels, the flight was quickly cleared.

Tencent's administrative team joined in to inspect goods scattered in four warehouses in and outside Shenzhen and take care of them.

Two days before the chartered plane arrived in Shenzhen, 10 volunteers from Tencent went to check the qualification, certificate and quantity of the masks. It took them 10 hours to complete all the inspection work. To ensure the safety of the goods, they were on duty overnight at each warehouse.

As the U.S. side had only one agent in charge of customs clearance at the airport in Shenzhen, Tencent aided with several logistics plans the next day.

Due to the shortage of logistics resources during the special period, Tencent had less than six hours to deliver all the masks to the Shenzhen Bao'an International Airport when the transport vehicle information was eventually confirmed, according to Lau.

Eight trucks departed from four warehouses to deliver 1.2 million masks to the airport right on time.

The next challenge was to load 1.2 million masks within three hours; the exact duration the plane was allowed to stay in Shenzhen.

On April 1, the Boeing 767 made a safe landing at Shenzhen Bao'an International Airport.

As the local quarantine policy requires, all entrants must be quarantined for 14 days. Therefore the U.S. crew stayed aboard while the Chinese staff helped load all materials, according to airport officials involved in the operation.

While the customs conducted a boarding check, the airport opened a green channel and allocated three times more staff to finish loading in one hour, which usually requires three hours.

The plane took off from Shenzhen at around 15:00, about 20 minutes ahead of schedule.

"Tencent will continue to be committed to public welfare and international emergency support in the face of the global pandemic challenge," said Lau.

Along with the campaign, Tencent donated 125,000 N95 masks and shipped them to New York Presbyterian Hospital and Stanford Healthcare, according to Lau.

On March 24, Tencent established a global pandemic fund worth 100 million U.S. dollars. The high-tech giant has partnered with various institutions to donate medical supplies to countries and regions, including Italy, Spain, Portugal, Malaysia, Myanmar, Cambodia, Thailand, and Australia, all of which have been severely affected by the pandemic.