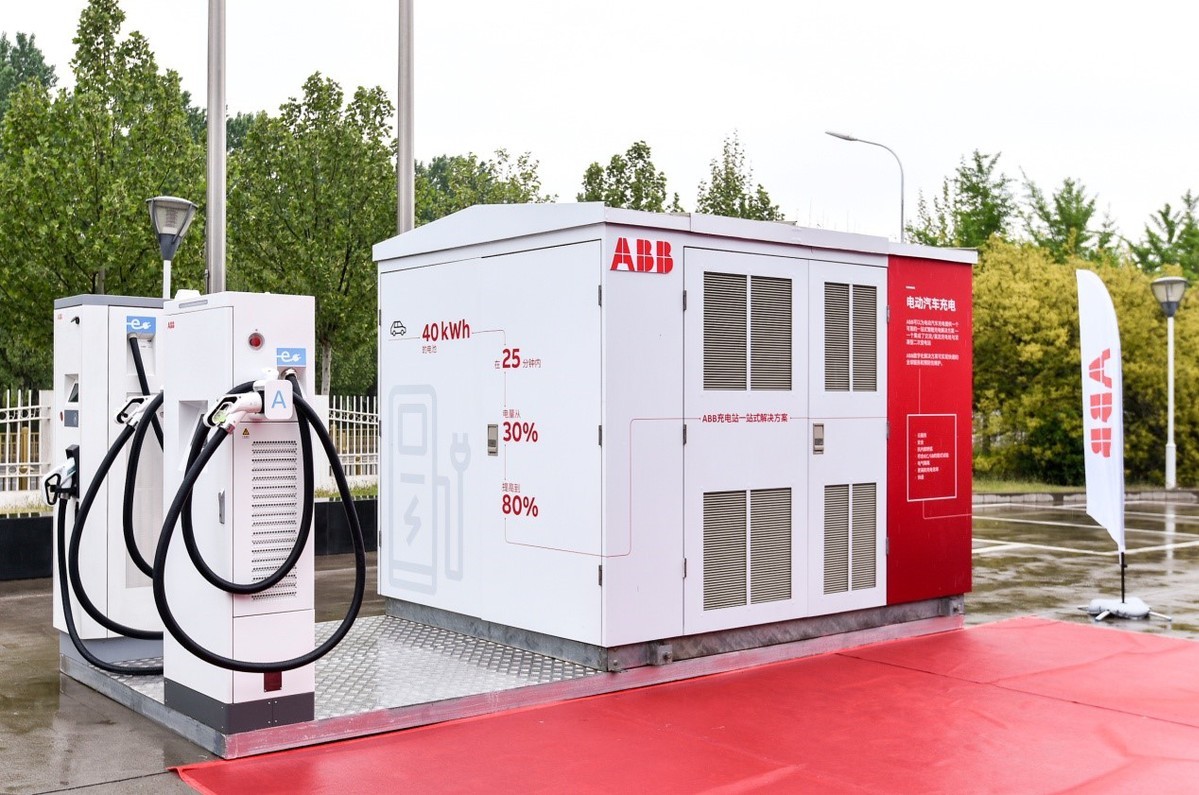 "We have a five-year plan about this, according to which we hope to join the ranks of the country's first-tier players," said James Zhao, lead business manager of ABB Electrification in China.

He made the remarks when the company unveiled its latest plug-and-play compact charger last week in Beijing.

The pre-tested charger, composed of two charging pillars and a compact secondary substation, is easy to install, which usually takes one day, and occupies a much smaller space than traditional ones.

Zhao said installation has been a problem that hinders the sector's development, saying that sometimes building a charging station could entail field preparations that would take two months.

China had 1.78 million private and public charging pillars by the end of March this year, up 41.1 percent from 2020, according to the country's charging infrastructure alliance.

By March, there were 10 operators that each ran over 10,000 public charging pillars in China.

ABB said its goal is to help charging pillar operators to fast expand their business but it will not run them itself.

The company is already the top one maker of private charging facilities, which are usually sold with electric cars.

"We expect China to become the largest charging pillar market for ABB. Undoubtedly, China is the market where we see the fastest growth," said Zhao.

China has been the world's largest market for new energy vehicles since it overtook the United States in 2015.

Last year, despite the COVID-19 pandemic, its sales of electric cars and plug-in hybrids hit a record number.

Almost 1.37 million units were sold in the country, up 10.9 percent year-on-year, according to the China Association of Automobile Manufacturers.

The association expects the figure to reach at least 1.8 million this year. In a blueprint, China estimates that new energy vehicles will account for at least 20 percent of its total new car sales in 2025.

ABB entered the e-mobility market back in 2010. So far it has sold more than 400,000 electric vehicle chargers in more than 85 markets.

Besides electric vehicles, it also provides a range of charging and electrification solutions for ships and locomotives.