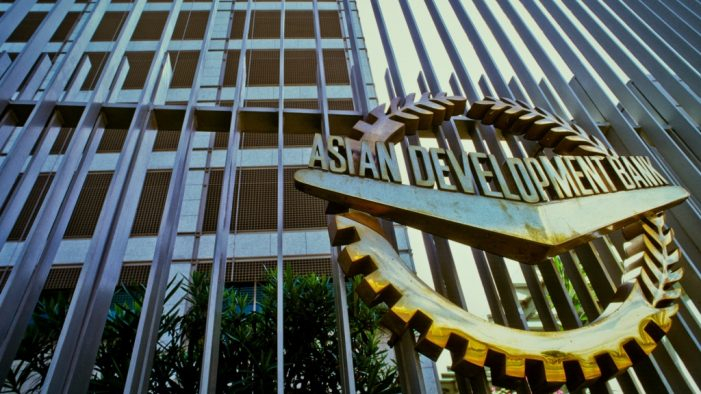 Developing Asia is expected to maintain strong but moderating growth, as the expansion of domestic demand offset the side effects of US-China trade tensions, said the newly released Asian Development Outlook 2019 Supplement by Asian Development Bank (ADB) on Thursday.

In the supplement to its report published in April, which is ADB's flagship annual economic publication, the Manila-based bank maintains unchanged growth forecasts for developing Asia at 5.7 percent this year and 5.6 percent the next year.

"Even as the trade conflict continues, the region is set to maintain strong but moderating growth," said ADB Chief Economist Yasuyuki Sawada.

The ongoing trade conflict is now having "discernible effects on regional investment and trade patterns," the report says.

The bank said growth for the subregion's largest economy, China, is also unchanged, with forecasts of 6.3 percent in 2019 and 6.1 percent in 2020, as policy support counteracts softening growth in domestic and external demand.

The growth outlook for East Asia in 2019 has been revised down to 5.6 percent because of slower than expected activity in South Korea.

The subregion's growth outlook of 5.5 percent for 2020 is unchanged from April.

The outlook for Southeast Asia has been downgraded slightly to 4.8 percent in 2019 and 4.9 percent in 2020 due to the trade impasse and a slowdown in the electronics cycle.

The growth outlook in the Pacific, 3.5 percent in 2019 and 3.2 percent in 2020, is unchanged, as the subregion continues to rebound from the effects of Cyclone Gita and an earthquake in Papua New Guinea, the subregion's largest economy.

Citing higher oil prices and various domestic factors, the ADB's inflation projections were revised up from 2.5 percent to 2.6 percent for both 2019 and 2020.

Established in 1966, the ADB has 68 members, including 49 from within the Asia-Pacific region.