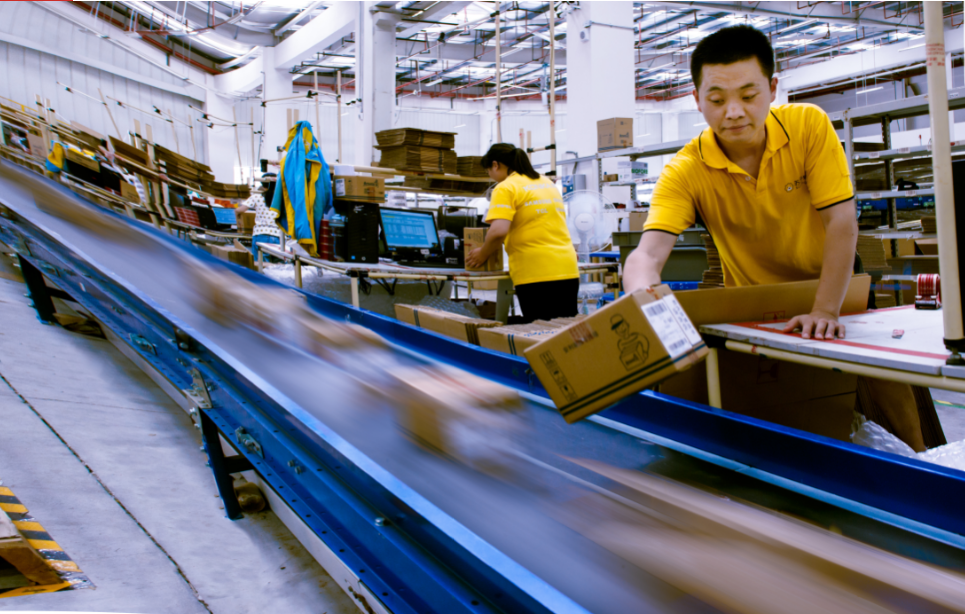 Employees of Suning Logistics, a business unit of Suning Holdings Group Ltd, work at one of its logistic facilities in Shanghai in September, 2018. (Photo provided to chinadaily.cm.cn)

Accommodative fiscal and monetary policies to help cope with headwinds

China's GDP growth may moderate to 6.2 percent year-on-year this year due to slowing exports and dampened investor confidence as trade tensions escalate, said a report published by the Asian Development Bank on Wednesday.

Though the forecast was down from the 6.3 percent predicted by it in April, the country's accommodative fiscal and monetary policies will help cope with the headwinds, the multilateral lending institution said.

"The Chinese economy will see growth stabilize for the remainder of this year and moderate slightly next year, supported by a gradual loosening of the monetary policy, increased government spending and solid growth in the housing market," said ADB chief economist Yasuyuki Sawada in a statement.

"Domestic consumption will be the main driver of growth going forward with the main downside risk stemming from a potential intensification of the trade conflict with the United States," he said.

China's service sector and consumption will remain the major driving forces for growth, although their contribution to growth decelerated in the first half of this year, the bank said.

But the bank warned that it will become more challenging over time for China to contain accumulated debt due to structural imbalances in local government budgets caused by high spending needs overburdening a weak fiscal revenue base.

It also said that China is expected to resort to a more proactive fiscal policy and accommodative monetary policy to stabilize growth.

"Monetary policy is expected to remain largely accommodative," it said. "The central bank will probably keep interbank rates low by providing ample liquidity to banks both this year and next. Further cuts to the reserve requirement ratio remain likely, freeing up more funds for banks to lend."

"China's economic growth, which is above 6 percent, is relatively high globally and its inflation remains between 2 percent and 3 percent, which is appropriate," said Tang Jianwei, chief researcher at the Financial Research Center of the Bank of Communications. "As inflation level matches economic growth, China does not need to drastically loosen its monetary policy stance."

China's GDP growth slowed to 6.3 percent year-on-year in the first half of this year. Consumer price index rose to 2.8 percent in August. The ADB forecast that the whole-year CPI growth will reach 2.6 percent this year, still lower than the country's inflation control target of 3 percent.

The bank also forecast that growth in developing Asia, which excludes industrialized economies in the region, will slow to 5.4 percent this year from 5.9 percent in 2018, thanks to slowing global trade and weakening investment. It will reach 5.5 percent next year, according to the ADB.